If this post goes up on the ACFW blog on September 22, I will be enroute to the annual ACFW conference. I attended for the first time last year.  And what a difference the conference made to me and what a year this last one has been.

Where else can writers meet so many agents  and editors for Christian fiction? And where can so many people who love their story worlds get the chance to talk about those worlds to others whose eyes won’t glaze over like family members’ eyes do!

Some attendees will be disappointed. They will chose to hold back, to be afraid of what others may think of them, rather than getting involved and meeting others who also write Christian fiction.  There will be some divas. It is God’s job to deal with them not ours. As in church there will be people who are not actually Christians.

Arriving at conference I was approached about considering the Area Coordinator position for Virginia.  I prayed about that and later served in that capacity until becoming the MidAtlantic Zone Director last winter.  I have met so many wonderful people through the zone and have been so blessed by the sharing we do on our Yahoo group and on the new Facebook page.

Critiques by multi-published authors are offered each year.  I was fortunate to get my first choice–Lena Nelson Dooley.  She was very kind and helpful and very understanding of my tears when she explained her philosophy about what makes writers (I had just lost my mother unexpectedly that summer.) And speaking of crying at conference, even if one hasn’t experienced a loss, with the sleep deprivation, busy schedule, change in structure, and all that estrogen–it is no wonder this is often mentioned in posts about the conference.  I even heard there was a “cry room” but never saw it.  With the Holy Spirit moving so strongly (it is almost palpable!) at the conference it is surprising we don’t all fall down on our faces in awe at His presence among us!

The baskets auctioned at conference include author services from various groups.  I was able to secure several with critiques as part of the package, including another with Lena and with MaryLu Tyndall who I desperately wanted to review a ship scene for me (and she did!)  The baskets raise money for scholarships to attend conference.

Online friends became real people and some actual friends. And of course, there were a number who had no idea who I was despite being my “Friend” in a few social forums.   Having been a psychologist for over twenty five years I was not too surprised by that (having counseled my teenage clients that MySpace friends are not the same as real life friends).  I hope people who attend will forge many new relationships and cement old ones.  I sure hope to do so!  I got a chance to form a colonial writers group after talking with others at conference last year.  I pray others will be blessed by the 2011 conference!!

Want to Make a Scholarship Donation? 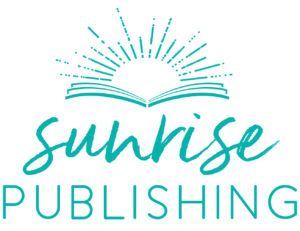