Why did Juliet fall tragically in love with Romeo?

Why did Christy Huddleston choose Dr. MacNeil over David?

Why did Anne Shirley finally turn to Gilbert?

Why did the Prince fall in love with Cinderella?

That last question was asked by the screenwriters for Ever After as they imagined this 1998 retelling of the classic fairy tale.

After all, it’s easy to see why Cinderella falls in love with the Prince. All the young ladies of the realm were enamored of the kingdom’s most eligible bachelor.

But why does the Prince choose Cinderella above all the other women clamoring for his attention?

By focusing on this question, the writers created a heroine worthy of the Prince’s heart. And in the process, they also created a prince who does more than try a glass slipper on dozens of feet.

The Cinderella and her Prince of Ever After fame are characters worthy of each other–a perfect fit.

In my view, not all romantic stories pay enough attention to this question.

In Kate and Leopold for example, it’s easy to see why Kate is swept off her feet by the chivalrous Leopold. But why is Leopold so enchanted by Kate?

Sure, she’s a modern woman, and he’s intrigued by that, but so is every other woman he meets. So why Kate? 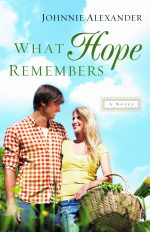 Because of these two examples, one positive and one negative, I pondered this question when creating the love interests for the protagonists in the second and third novels of my Misty Willow Series.

The protagonists themselves appeared in the series’ first book, both taking an antagonistic role. My challenge then was two-fold:

This was especially important for the third book, What Hope Remembers, because Amy Somers was such a brat in the first two novels. I wasn’t sure what readers would think of her as a heroine.

She got the opening scene in the first draft, but I soon switched scenes and opened with the hero–Gabe Kendall–instead.

In the published story, readers first meet an immediately likeable guy. The next scene is Amy’s, and for the first time in the series, we hear her voice and get a first-hand glimpse of the pain she’s going through. Then Gabe takes over again and we’re let in on the secret.

More about that in just a moment.

In this story, it wasn’t hard to see why Amy loved Gabe–he’s a great and honorable guy.

But while writing the first few scenes of the initial draft, I still struggled with this question: why does Gabe love Amy?

Why does this loyal, upstanding, godly man love this seemingly hard-hearted woman who once filed a lawsuit against her only cousin for her own selfish ambitions? This woman who insists on pushing away the people who love and care for her?

I found out why during the writing.

The secret is: Gabe and Amy knew each other as teens.

Gabe loves Amy because he’s always loved Amy. He knows the girl she once was, and he knows–because he’s experienced it too–the tragic hurt that caused her to retreat into her protective shell.

It’s been said that the heart chooses whom it will. That may be true.

But we owe it to our readers to deepen our stories and our characters with thoughtful reasons why our heroines and heroes belong together.

Why they are the perfect match. 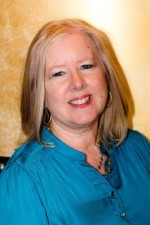 Johnnie Alexander imagines stories–contemporaries, historicals, and cozy mysteries–whether she’s at home in Florida or on the road. Sharing her vagabond life are Griff, her happy-go-lucky collie, and Rugby, her raccoon-treeing papillon. Join Johnnie at www.johnnie-alexander.com to experience the love of random travel and the joy of treasured moments.