Like many of my writing colleagues, I have two jobs. The one I had when I entered this crazy business we call “writing,” and the job of being an author, marketer, bookseller, and all the other hats we authors wear. For me, one is by day, and one is by night. The first one “pays the bills,” and I often hope the second one will usurp the role of the first one someday.

At least, that is what I’ve been saying since my first book was published. Because, you see, that wasn’t what I was saying when I was an unpublished author. When I was unpublished, my mantra was, “All I want to do is get published. It would be so cool to be a published author!” However, something happened to me once I got published and tasted the “published” fruit. It was good. So, I wanted a little more. Then, I won an award with that book and was given other accolades in other venues with the same work. And you guessed it. It was good. And I wanted a little more.

It’s not that I don’t like being an administrator (specifically an assistant principal in a public school setting). I like working with the kids. I’m not a big fan of all the politics. Nevertheless, I fully understand, albeit in a bit of a different context, what Jesus said in Matthew 6:24: No one can serve two masters. Either he will hate the one and love the other, or he will be devoted to one and despise the other. Of course, Jesus then went on to say, You cannot serve both God and money, speaking to the issue of who or what really has our undying and complete allegiance.

The concept of a split loyalty/faithfulness has application beyond the curse of money, though. It speaks to the issue of being divided. That’s why Jesus said in Matthew 12:25, Every kingdom divided against itself will be ruined, and every city or household divided against itself will not stand. Notice its starts big (kingdom), then it gets smaller (city), then even smaller (household). Back in Matthew 6:24, it gets even smaller (the human heart). The point is, having a divided allegiance is counter-productive, and it doesn’t matter what those things or people are, fighting for your time, money, and efforts. It can be something like not being able to devote the time needed to keep a deadline, for example. It could be the bugaboo of having too many irons in the fire, burning the midnight oil, and simply forgetting about something until you’re reminded of it (like the writing of a blog article for ACFW, for example). 🙂 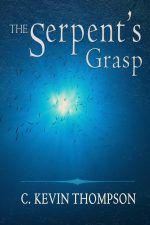 In our world as writers, many of us fight the “divided loyalty” battle. Probably the biggest fight is having the “two jobs,” but there can be others. How about writing vs. the every day, “we’ve got a birthday party coming up this weekend,” family life? How about writing vs. being a spouse? Writing vs. being active in your local church? There are so many things clamoring for our time and efforts. When you sit down and analyze it under the microscope of Jesus’ words, it seems almost impossible “to be all things to all people so that we might save some” (cf. I Corinthians 9:19-23).

However, in Matthew 6, the context around verse 24 gives this verse a different flavor. That’s why context is always king. Same thing goes for Matthew 12 and I Corinthians 9. Read the context, and it is clear. Amongst the battles of life, two jobs, money, family, even mere physical existence, Jesus tells us not to worry about the things you must have to survive and the things you need to get along in this life. If you seek His kingdom first, He’ll supply all those other things (Matthew 6:33). We must be the kind of followers of Jesus who produce good fruit. Not just with our writing. That’s only a part of who we are. If it’s all you are, then may I suggest you stop writing and seek God’s face? He has bigger plans for you than that.

Which is better? To sell a million books? Or to win five souls for the kingdom? I would hope we all would choose the latter. But I wonder how many of us would try and justify the former by attempting to marry the two into a gospelized justification for our writing careers: “I write my books in order to save people.” I’m not saying it can’t be done or isn’t done. I know books can be tools God uses to reach into the human heart. He does it all the time. The Bible being the best of the bunch! What I am saying is this: Make sure your allegiance is aligned properly. What Jesus was talking about was ownership. When He said “you can’t serve two masters,” he was speaking of a slave and his/her owner.

So, who owns you? God or your writing? If God took your writing away from you, could you survive? And what would you do with yourself?

Who owns you? God or your publisher? God or your editor? We would hope that if they are all Christians, everyone would be on the same page, right? But the Pharisees and Sadducees thought they were on the right track, too. We are so quick to throw stones at those groups of religious leaders when we read about them in scripture. Yet, I often wonder if we 21st century Christians don’t resemble them more than Jesus when it comes to the issue of allegiance and ownership. (Just another confession here, that’s all. Not pointing any fingers, except at myself.)

Paul said in 1 Corinthians 6:20 that we were purchased by God with the blood of Jesus. If God owns us, then we shouldn’t allow other things or people (writing included) to become our master, telling us what to do, when to do it, and causing our lives to be counter-productive to His kingdom cause. Our writing should be an expression of Who we serve, not a monument to what we serve.