The creation of a series isn’t a solitary endeavor. Series novels require research, continuity, a solid plot base and characters that will see it through. Like a progressive measurement curve.

But then…in steps…life. Christ. The power of love and family. Resurrection hope. Let me share with you the bittersweet love story of my sister and brother-in-law: Mary and John Hilger.

Once upon a time, the seeds of a series planted themselves in my heart and spirit. I saw a farm. A family. Midwest strong and vibrant. Within this harvest I saw three brothers. A picturesque piece of rolling land in Indiana. There were low-lying, rippling fields of soybeans. There was turmoil, faith, and overwhelming love. For the bulk of their lives, John and Mary oversaw the operations of a 400-plus acre farm much like the one I imagined. They bore and raised six precious daughters, and life was good. You couldn’t leave their home without fresh fruits and vegetables. John’s booming voice and Christ-centered spirit resounded. John and Mary were instrumental in helping me research and develop my series; their family example was something I longed to pay homage to because they were mentors to me and key to my spiritual discovery and growth.

The Fishermen of Antioch series was born. 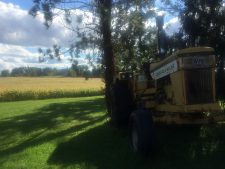 I began to write a trio of books that honored farm families, stories that celebrated deep roots. I wanted to demonstrate the honor and respect owed to those who work the earth and harvest without thinking of anything else but community provision. How much like our Father God? In John and Mary’s world, if strawberries rested on the vine after the main harvest, those without means were bussed to their farm to pick the fields clean. For free. Waste of God’s gifts was never an option.

John and Mary saw their family to fruition. As life’s golden-age came upon them, sons-in-law joined the picture. A multitude of grandchildren blessed their lives and there was retirement on the near horizon. They had plans. An art and Scripture-based ministry they’d carry out from church to church was already taking off. John’s engaging recitation of Scripture coupled with Mary’s ordained artwork brought souls to the Kingdom. They couldn’t wait to embrace an exciting new season of life. A few Christmases ago, their family gifted them with a river cruise through Europe that would take them to Germany—a long-held bucket list destination.

Before departing, John and Mary stopped by our house on their way to Detroit Metro Airport. We shared dinner, and, in typical fashion, Deacon John prayed over me as they prepared to depart for Europe. Selfless love. I prayed with and for him as well, but nothing was as special as a blessing from John…

Less than a day after they left, we received a panicked text notification from Mary that read, simply: “PRAY.” We did, of course…but that’s where the story takes a twist. Soon we discovered what prompted her outcry. Following dinner on the first night of their cruise, John suffered a massive heart attack. Thanks to Jesus alone he was in Amsterdam and was immediately transported to a world-class hospital where he was placed in a medically induced coma. 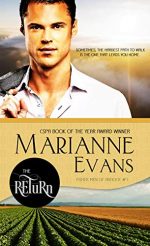 We prayed, we believed, we stormed the gates of heaven. Meanwhile, all six daughters made their way to Amsterdam, battling horrific weather patterns, botched deliveries of passports, and a nightmare of bureaucracy…but by the grace of God alone, they all made it there.

Just hours before John passed away.

My sister-in-law has written a book about her journey through grief. It’s called ‘Finding Beauty in Ashes.’ The story is amazing. Meanwhile, the final book of the Fishermen of Antioch series was finished just a few months ago. Book 1 released in October, Book 2 releases in January, Book 3 in March. It took a while to complete because I needed to mourn, yet rejoice in a life well lived. The result, I hope, will honor my original God-given goal, and the rich legacy of a family’s love.

For every story we create, there’s so much more than what meets the eye. Multi-award winner @MarEvansAuthor tells her story behind the story for #ACFWBlogs @ACFWTWeets www.acfw.com/blog Click To Tweet 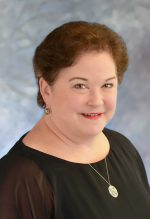 Marianne Evans is an award-winning author of faith-affirming fiction who has won acclaim from critics and readers. RT Book Reviews named her book Forgiveness a 4.5-Star Top Pick and readers laude her books as ‘riveting’ and ‘true to heart.’ She’s a life-long resident of Michigan who calls suburban Detroit home.