Blockbuster titles are hard to forget. You know the ones I mean: Star Wars, Godfather, Back to the Future, Jaws. They roll off the tongue. They sing with double meaning. And they stick with you for years.

Don’t you wish you could create them?

You can—if you know two things: what makes a title successful and how to spark your creativity.

One of the most popular is alliteration. Think Beauty and the Beast and The Dirty Dozen, where the first letter is repeated. Here are some more examples. Sometimes it’s the sound that’s repeated: Citizen Soldiers, City Slickers, Faith Under Fire, North by Northwest, Shopaholic & Sister, Sleepless in Seattle, What Women Want, and The Wind in the Willows. And how about Disney’s theme park attraction, Tower of Terror? Doesn’t the name alone make your palms sweat?

Another commonly used technique is rhyme, like in Dress for Success, Shallow Hal, Young Guns, and Knit Wit (a how-to knitting book).

These three simple techniques: alliteration, rhyme, and the punchy one-word, make titles “catchy.” They’re easy to say and remember, and thus pass on to others.

Successful titles also borrow from well-known phrases, like Breach of Promise, Cheaper by the Dozen, D-Day, Father of the Bride, Left Behind, A Table in the Presence, You’ve Got Mail, and With Honors.

Going one step further, titles can word-play on well-known phrases, changing them slightly or reversing them, causing the reader to do a double-take. Consider Back to the Future, Bride & Prejudice, One Bad Deed Deserves Another, Small Foot, The Hate U Give, and Rebel Without a Cause.

Some titles set-up double meanings which are not understood until the reader has gotten into the story, creating an Aha! moment which is memorable: Black & Blue; The Santa Clause; Gorillas in the Midst; Me, Myself, & Irene; and Sophie’s Choice. While other titles allude to the theme of the story: Chasing Liberty, The Great Escape, Kidnapped, Fatal Attraction, No Way Out, Trading Places, The Full Monty, Awakenings. Some reuse famous sayings: Nobody’s Fool, Bohemian Rhapsody, Mamma Mia!.

And then there are titles that foreshadow the mood of the story like Freaky Friday, Godfather, and Soap Dish.

Short and punchy titles grab attention. Rhyme and alliteration make them easy to say and remember. And word-plays and double-meanings add depth.

One more thing. Successful titles fit their subject matter. If you’re writing a non-fiction piece, you want your title to tell the reader something about its content, like A Bridge too Far or Doing Grammar. Fiction titles can be straightforward or not. But all successful titles have one thing in common: they grab your reader’s attention. Once you’ve grabbed their attention, you’re halfway toward a sale.

In my post tomorrow, Entitled to Sell, Part 2, I’ll show you how to create attention-grabbing titles. 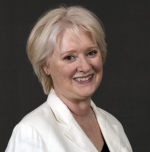 Lynne Pleau has published articles, reviews, poetry, and flash fiction in publications like Marriage Partnership Magazine, War Cry, Christian Communicator, and in Havok, Splickety, and Spark Magazines. She has won multiple awards for her flash fiction.

(Originally published in the Christian Communicator, May 2006)