Writers are bombarded with how to prep for writing an unforgettable character. We want every story to be deeper than the previous one, and that means depth of character.

Over the years of writing, I’ve gathered many valuable resources. While I use an extensive character sketch that fits my method of writing and personality, the following are 7 of my favorite questions that I pose to my character. The answers provide additional layers to what motivates my character into action and why the character behaves in a particular way.

What do you want from life so badly that it’s all you can think about? 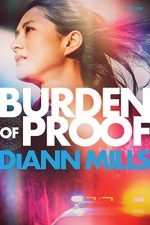 We are what possesses our hearts and minds. Those things can be exemplary or evil; the ways to obtain them can be valiant or diabolical.

What is your worst fear?

Fears come in all shapes and forms: physical, mental, emotional, and spiritual. If a character is unable to tame a fear, the trait will stop the character from being his/her best. A writer creates a setting in which the hero or heroine is able to overcome the fear. Readers are thrilled and look for our next book.

What promise(s) will you make your reader?

Promises keep a reader turning pages. Unfilled promises diminish the character. The reader feels betrayed and can no longer trust the writer to deliver a satisfactory story.

How do your family and friends view you? Or do you know?

What is your biggest flaw and how do you plan to overcome it?

Every character has flaws, just like we do. A hero/heroine wants to take action and eliminate those unfavorable traits. The character sees value in using a strength to defeat the flaw and is willing to accept the challenge. This can be a tough undertaking and takes courage to acquire tools to be an overcomer.

How did your mother comfort you when you were a child?

A character remembers a mother’s words of comfort or lack of. Basic nurturing from a mother or mother figure helps shape a character’s emotional growth. A character who receives negative emotional feedback has difficulty handling life’s varied experiences. A true hero or heroine takes steps to deal with emotional issues.

How did your father comfort you when you were a child?

Men have reputations of being unemotional, stoic, and unsympathetic. That isn’t necessarily true, but how a father or father figure comforts a child is critical to a character’s understanding of male figures.

Seven questions with critical consequences for a character’s growth and change. What is your favorite question to ask a character?7 Critical Questions to Ask Your Character @DiAnnMills @ACFWtweets #ACFWBlogs #writingtips #writing #character https://www.acfw.com/blog/ Click To Tweet 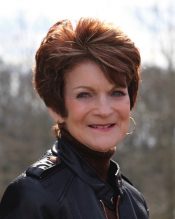 DiAnn Mills is a bestselling author who believes her readers should expect an adventure. Her titles have appeared on the CBA and ECPA bestseller lists; won two Christy Awards; the Inspirational Readers’ Choice, and Carol award contests. DiAnn speaks to groups and teaches writing all over the country. Connect with DiAnn here: www.diannmills.com.