I’ve been asking the Lord what kind of encouragement I could pass on today, and He reminded me of this. A couple of years ago, I met a Bible character who really inspired me on my writing journey. Whenever I get blocked, I come back to his example. And I’d never heard of him before that day!

Do you know who the first person described by the Bible as being filled with God’s spirit is?

He was a creative!

Bezalel’s name is not one of the best-known in the Old Testament, but his brief appearance is impactful. We first hear of him in Ex 31:2, after the golden calf fiasco. The Lord reveals that He has called Bezalel by name to be the master craftsman in charge of building His Tabernacle.

So it’s up to Bezalel to oversee the creation of a habitation fit for The Almighty. Without it, the Lord could not continue to accompany His idolatrous, stiff-necked people. What were Bezalel’s qualifications for this critical job? A long family tradition of craftsmanship? Decades of training in Pharaoh’s workshops?

Perhaps, although scripture doesn’t elaborate on that. But here are a few things it does mention. 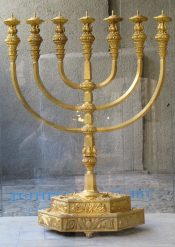 This replica of the elaborate Temple Menorah is an example of the kind of craftsmanship Bezalel presided over. It stood over five feet tall!

Bezalel’s superior ability was the result of being filled with God’s Spirit, of “dwelling in God’s shadow.” He had a special skill in craft that flowed from a sanctified core being.

When I get discouraged in my writing I go back to Bezalel’s example. Am I dwelling in the shadow of the Almighty? Am I letting Him give me “wisdom of heart” as He breathes His words through me? Am I decreasing, that He might increase?

I’m writing this post on Thanksgiving morning, with the luscious aroma of pumpkin muffins wafting through my kitchen, and I have a long list of blessings to be thankful for this year. Not the least of which is the release of my debut novel—after all these ups and downs, and all these years! And it’s a beautiful book baby, if I do say so myself.

My publishing saga began the day my husband, Michael, thrust a military history book he’d been reading at me. “You need to read this story.”

The book was The First Heroes by Craig Nelson. It’s an account of the Doolittle Raid of April 18, 1942, the very first Allied bombing raid over Japan. And Michael was right—the story grabbed me.

Michael pinned me with intent brown eyes. “Someone should write a book about this.” I knew he was right. That book needed to be written. I prayed about it and put out my 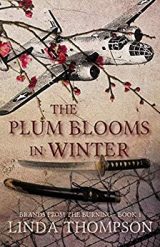 fleeces, and ultimately concluded that, yes, I was the someone who was called to write it.

I had no idea what I was getting into. More than six years later, I signed my publishing deal with Mountain Brook Ink. Six years of steady effort, of critique groups and classes and conferences and paid editors—and the learning process isn’t cheap, as you know!—and, of course, those infamous rejections.

I definitely had what I’ve come to think of as my “Mount Moriah moments.” Those moments of unexpected rejection that made me doubt the calling.

Lord, what are you telling me?

He was telling me what He tells us all. At the end of the day, it’s not about any earthly outcome—not even a book with a God-inspired story. It’s about our relationship with Him. About relying on Him through the journey.

“Count it all joy, my brethren, when you encounter various trials. For the testing of your faith produces endurance.” (James 1:2-3) Hardships come to prove—and improve—the quality of our faith. And that’s the outcome that actually matters.

I can hammer out words and my publisher can bind them into a book, but only the Lord can produce a spiritual harvest. After bringing me this far, I’m waiting and praying to see what He will do next!

I can hammer out words and my publisher can bind them into a book, but only the Lord can produce a spiritual harvest. @lthompsonbooks #ACFWBlogs www.acfw.com/blog Click To Tweet 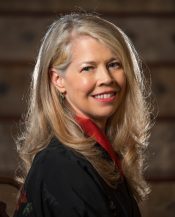 Linda Thompson stepped away from a corporate career that spanned continents to write what she loves—stories of unstoppable faith. Her debut novel, The Plum Blooms in Winter, is an ACFW Genesis winner. She shares her home with her husband and Chief Military Research Officer, Michael, and their kids.