In my writing journey I’ve met some of the most amazing people, writers who have taken the time to help me along my journey. Some have been critique partners, some have been teachers at different conferences or on-line classes I’ve attended, and some have been judges in the contests I’ve entered. 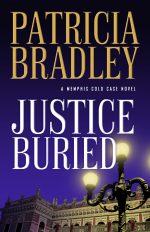 How? I thought you’d never ask. When I have time, I critique others’ work and give them writing advice. I teach workshops on writing, in person and online. And I judge contests, offering advice and encouragement to upcoming writers.

Speaking of contests, that season is upon us. The First Impressions deadline was October 15, and it won’t be long before the Genesis Contest opens. And guess what? These contests need judges. If you haven’t thought about being a judge for First Impressions or Genesis, please do, especially if you’ve ever entered a writing contest. It’s your opportunity to pay it forward.

I know your time is valuable, but it doesn’t take a lot of time, and it isn’t that difficult. By the way, judging contest has helped me with my own writing. When I find something that doesn’t work in an entry, and I leave a comment, it’s an opportunity for me to stop and think why this particular passage doesn’t work. The same is true when I find brilliant writing (and I have in some of the entries). Studying the entry makes me stop and look at how the writer drew me in. I get a fresh perspective.

So, will you join me in paying if forward? Volunteer to judge somewhere. ACFW is looking for judges as well as other, smaller writing groups. I’m sure the contest coordinators would greatly appreciate it. 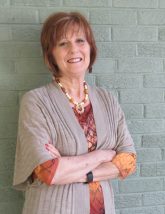 Patricia Bradley’s romantic suspense novel, Gone Without A Trace, set in her home state of Mississippi, won the Inspirational Readers Choice Award for Suspense in 2016. Her sixth novel, Justice Buried, released in September 2017.
She loves teasing readers with a Mystery Question on her blog every Tuesday. Visit Patricia on Twitter: @ptbradley1, FaceBook, and Pinterest. Follow her on BookBub for the latest releases and specials.