I listen to a local classical radio station while I write. One morning, the radio host made a casual remark about that day in history: “On September 5, 1911,” he said, “the Moonlight Schools began.” The host explained a few brief facts about the literacy campaign, mentioning Cora Wilson Stewart as the educator who spearheaded it. A shiver went down my spine. I stopped what I was doing to research the Moonlight Schools.

Here’s what I learned on that September morning—In 1911, Stewart was the first female 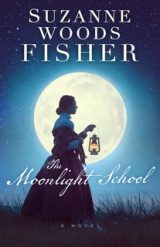 superintendent of education for Rowan County, Kentucky, a little corner of Appalachia. She was responsible not only for the public school in town but also for over fifty rural one-room schoolhouses. Scooped into her job description was the responsibility of training teachers, most of whom were barely out of school themselves.

Illiteracy was rampant in Rowan County, especially among adults. They had some of the highest adult illiteracy rates in the nation. Yet the academic philosophy of the day believed that adults could not be taught to read. That window of learning had closed during childhood. A couple of significant events caused Stewart to question that thinking. To challenge it. She came up with a daring plan: Open the schoolhouses on moonlit nights to teach illiterate or semi-illiterate adults to read and write. Somehow, she persuaded all her teachers to volunteer their time on those moonlit evenings, despite having taught all day long.

On that first September night, she hoped one hundred and fifty people would come. Through the hills and hollows, over 1200 men and women, aged 18 to 86, made their way to the little schoolhouses. Within two years, adult illiteracy was wiped out in Rowan County. The grassroots movement spread throughout Kentucky, into southern states, and then across the country. In retrospect, Stewart remarked that September 5, 1911 was the greatest moonlit night the world had ever seen.

Oh. My. Goodness. What a story! What a woman. I knew I had to tell Stewart’s tale.

That very day, I called my editor. Not too much later, a contract was in the mail. The Moonlight School will release by Revell Books on February 2, 2021.

Inspiration for this book started with a spark. It was just an ordinary day. But I was paying attention. Listening for those sparks of inspiration. The key is to have your eyes and ears and minds open. Inspiration is everywhere.

(P.S. And . . . if you’re wondering., the answer is yes! I sent a big fat donation to the listener-supported radio show as a thank-you for the inspiration.) 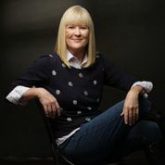