As Christian writers, we search for inspiration to pen words that will inspire, touch hearts, and leave spiritual impact.

I have a close friend, Jim Ward, who is the author of several Christian songs. I love the 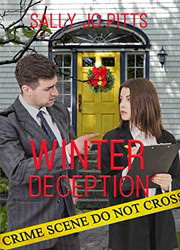 story behind the inspired words to a Christmas song that he wrote.

In the late 1980’s, Jim had been saved about a year and the slogan “Jesus is the Reason for the Season” was circulating.  Jim lived in Indiana and was on his way to  work the three to eleven shift at the steel mill when  words and a tune started to come to him. He grabbed pen and paper and scribbled the lyrics down while sitting at stop lights. After fifteen minutes, he had not only arrived at work but had written the entire song. Here it is:

THE REASON FOR THE CHRISTMAS SEASON

Remember that the reason

For the Christmas season

Is Christ who came to earth for you and me.

He came to sacrifice his life

So that you and I

He had no earthly riches

He knew hunger, he knew cold.

He had no place to lay his head

So we’ve all been told.

Now he’s at the right hand of the Father

And as he looks down from above

He says I came to earth that Christmas Day

To show you all my love.

I wish you could hear Jim sing the words, because they are truly  God words sent Godward.

The words given to Jim reveal the real meaning of the season and show how important words can be to relate Christian truths.  My latest novel, Winter Deception takes  place on an antebellum estate at Christmas time. The story involves a murder and an array of suspects imbedded with bitterness and deception. But after the dark days of winter there is the promise of spring bringing  new growth and hope.  So as colorful Christmas decorations go up with lights that brighten the short days of winter, let’s look to the reason for the season to usher in fresh words of inspiration in the new year. 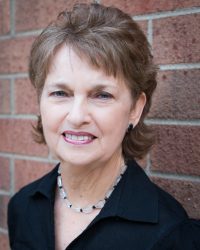 Sally Jo Pitts brings a career as a private investigator, high school guidance counselor, and teacher of family and consumer sciences to the fiction page. Residing in north Florida with her schnauzer Gibbs, Sally Jo enjoys hot mochas, old movies, and creating stories from ideas that pop into her head. Visit Sally Jo on her website, Facebook and Twitter.