One given in the writing world is we will get discouraged.

An area where I’ve been discouraged is when a story doesn’t work. My fingers are like stones on the keyboard. What seemed like a great story idea flickers like a dying fire. The plot is what my Italian friends call a frittata. The characters are flat and couldn’t inspire or engage a tree stump. The dialogue puts me to sleep and I’m writing it. And the setting has all the excitement of a square room with white walls and a bare floor. One way I deal with this is to put the story aside and write something more meaningful, like a grocery list or a to-do list.

There are other areas where discouragement can raise its ugly head. Unfortunately, it’s something we do to other writers. I was at a workshop several years ago. In one session we were doing critiques. One participant said to another, “I don’t think that’s a story you should write. In fact, I don’t think you should write at all.” Shock smothered the room. It was so quiet you could hear an ant burp. The critiqued writer fought back tears. The moderator called an immediate break and took the critiquer to one side. But the damage was done. It was a long time and a lot of support before the critiqued writer returned to her story.

We’ve all heard stories of situations where a writer has been ripped to shreds by a critique, a reviewer, or an editor. Why do we do this to each other?

For some, it’s jealousy. For others, it could be a need to be in control or feel superior. And for still others, it could be hiding their own inadequacies. In fact, it’s probably a combination of all these affected by other internal aspects in their psyche.

It doesn’t really matter what motivates someone to disparage or discourage another. Especially among the Christian writing community where our focus should be on representing Jesus to those striving to fulfill his call just like us.

When we’re discouraged, we actually have a choice about what to do with this awful emotion. We can let it control us and spin us out of our dreams and out of following God’s purpose.

Or we can turn to Jesus.

I’ve done that on more than one occasion. In the last five months, I’ve been rejected by at least seven agents or publishers. Now, none has said I should quit writing, but they sure haven’t been encouraging either.

One, it’s not personal. There are a lot of writers competing for a few spots in the publishing universe. Even with self-publishing, it’s hard to get a book on the market and have it get noticed. If it is a personal attack, there may be something seriously wrong with the other person. In which case, I remove myself from their presence.

Two, I dig back into the craft. Is there some nugget in the discouraging experience I can take and apply to my craft?

Three, rejection, while discouraging, can also be a step toward success, albeit a sidestep around the mulberry bush. Better than thrashing through the thorns of my own bullheadedness.

Fourth, I remember those times when I have been encouraged by a critique group, an agent, or an editor. One editor who rejected me recently was very kind and referred me to another publisher she thought might be a better fit.

Five, keeping all this in mind, look for opportunities to encourage others. Jesus said it best:

“So in everything, do to others what you would have them do to you.” Matthew 7:12 NIV

I know, we’ve heard it since we were kids. That doesn’t make it any less true.

There are plenty of others in the writing universe eager to stomp on someone’s dream.

I don’t want to be one of them. 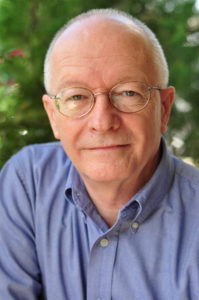 Tagged as “one to watch” by Publishers Weekly, award-winning author Henry McLaughlin takes his readers on adventures into the hearts and souls of his characters as they battle inner conflicts while seeking to bring restoration and justice in a dark world. His writing explores these themes of restoration, reconciliation, and redemption.

Besides his writing, Henry treasures working with other writers and helping them on their own writing journeys. He is a member of American Christian Fiction Writers. He regularly teaches at conferences and workshops, leads writing groups, edits, and mentors and coaches.