Thirty-eight years ago, my wife and I and our three kids boxed up enough supplies for a week and headed for Lake Chelan in Central Washington, a glacier-fed lake, fifty-five miles long, nestled snugly between Cascade Mountain peaks. We rode the big boat, Lady of the Lake, and planned to camp in the wilderness, free from the rat race of civilization.

Fifty miles up the lake, the captain nosed the boat toward a point jutting into the lake, slid us and our supplies down a ramp, and said, “See you in a week. Signal me with a mirror if you need to be picked up sooner.”

What were we supposed to do? Pray for sun if we wanted to be picked up early?

The Lady of the Lake backed away before I answered my question. We were now on our own, oblivious to the adventures this week held. There were many.

The first night, hurricane-strength winds nearly blew us and our tent away. On one pitch-black night, wind-driven waves threatened to wash our tent into the lake. Our planned source of drinking water went AWOL. We watched a pack train lift a terrified, braying donkey onto the trail after the poor animal slid off a cliff. But we were blessed to watch mountain goats and their kids graze near the glaciers above us. And we were blessed to survive the week unscathed. 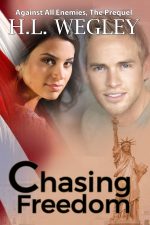 For my ten-year-old son, that week was paradise. For my thirteen-year-old daughter, it was like being grounded. My five-year-old daughter thought it was wonderful provided she got to ride on Daddy’s shoulders when we hiked. For my wife, it was a much-needed break. For me, though I didn’t know it at the time, that week provided the setting and major plot elements for two novels I would write more than thirty-three years later.

I needed a hostage exchange, where the villain planned to kill my protagonist. What better place for the exchange than the middle of Lake Chelan, at night, when those katabatic winds howl, creating waves bigger than boats. A lot could go wrong in that kind of a setting.

I’ve learned that when I set my stories in places I’ve known and loved, not only do I save research time and money, but these settings drive more passion into my words. I paint the scenes more vividly, because I want my readers to experience what I have seen, smelled and touched, not simply what I’ve imagined.

One example is my most recent release, Chasing Freedom. I set it in my childhood stomping grounds, the mountains of Southwestern Oregon, where I hiked, fished, hunted, camped and encountered Bigfoot. Well, encounter is a slight exaggeration, but that’s a story for another time. However, not needing much research enabled me to draft this story in three weeks. It was my 2012 NaNoWriMo story.

My advice, whenever possible, set your stories in places you know and love. Unless we’re writing historical fiction, we don’t necessarily need an expensive trip or extensive setting research, because locations we love are indelibly etched in our memory. We can paint these stories more vividly and write them with more passion.

There’s one exception. If your story is set on Maui, a research tip is mandatory. 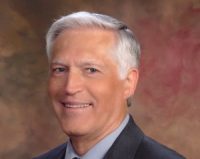 H.L. Wegley served as an Air Force Intelligence Analyst and a Weather Officer. In civilian life, he worked as a research scientist, publishing in the scientific literature, then developed Boeing computing systems before he and his wife retired near Seattle. He’s an award-winning author of inspirational thrillers and high-action romantic-suspense novels.