In 2012 my husband and I submitted our first application to adopt. After years of prayer and planning, we believed God had led us to pursue the adoption of a specific young girl in Russia. In December of that same year, Russia closed to adoptions by American families. To say we were heartbroken to be unable to bring that child home would be an understatement.

Little did we know that would only be the beginning of our adoption journey. Had the Russian adoption gone as planned, we would have had a daughter in a matter of months.  Instead, it would take two more programs and four more years before we finally brought our daughter home.

What I didn’t know when we started was that although God did intend for us to adopt, He had other tasks for us to complete first—other lessons to learn, other lives to touch. His plans were definitely not my plans. His were infinitely better.

It recently struck me how similar the adoption and writing journeys are.

First, there is the hurry up and wait portion of the journey. In the adoption process you hurry to complete forms then wait for government offices to grind through their piles until they reach your request. In the writing process you hurry up and finish your edits so you can submit your work. Then you wait to hear what someone else thinks— be it your critique partners, your agent, your editor, or your readers.

Then there’s the commonality of putting our hearts out there for scrutiny by strangers, and those awkward questions like, “When will you bring your new child home?” and “Why aren’t you published yet?” or “Will you endorse my book?”

The thing that strikes me most about the similarities in these two journeys, however, is how much they force you to step out in faith and trust in God’s plans for you.

When you first start writing, you may have an idea of where you are going with it. You may even believe that idea has been inspired or confirmed by God through prayer. I’m not here to question that. It has been my experience, however, that God does not often promise an end result, but rather asks us to take the next step in faith and leave the rest to Him.

When we started our adoption journey, we expected to bring home a blonde-haired, fair-skinned six-year-old Russian girl with serious medical issues. We wound up bringing home a sixteen-month-old brown-haired, olive-skinned Chinese girl whose medical issues are half a percent of what her medical file warned us they would be. In between, we volunteered in our foster community and became foster parents to a thirteen-year-old girl. Several parts of that journey were excruciating. There were times we considered giving up, but God prodded us onward. And every step of that journey forced us to draw closer to Him.

Today I am following God’s guidance and pursuing the traditional publishing path. Whether that will work out or not, I don’t know. But God knows and He has a plan for me. I have learned to let that be enough.

Whether you are at the beginning of your career, entrenched in the middle, or nearing retirement, don’t be afraid to step into the unknown when He calls you. He’ll meet you there. He’ll guide you. And whatever the outcome, it’ll be His best.

Don’t be afraid to step into the unknown when God calls you. He’ll meet you there. He’ll guide you. And whatever the outcome, it’ll be His best. #TrustGod #writerslife #ACFWBlogs @KathleenDenly Click To Tweet 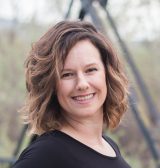 Kathleen Denly writes historical romance stories to entertain, encourage, and inspire readers toward a better understanding of our amazing God and how He sees us. Winner of the 2017 First Impressions contest for historical romance, she also shares history tidbits, thoughts on writing, books reviews and more at www.KathleenDenly.com.