“Paying it Forward” is an expression for describing the recipient of a good deed repaying it to others instead of to the original benefactor. What better way can a person show their thankfulness than to participate in the rippling effects of goodness.

At age 78, I wish I could go back and thank my teachers who most influenced me to write, but they all died many years ago. At the elementary school level, I would have to say Eula Mae George at Oak Grove Elementary School in rural Lexington County inspired me the most. She encouraged my sixth grade class of four girls and six boys to write poetry and short stories. 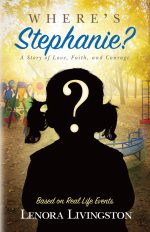 At the high school level, the teacher who influenced me most was my twelfth grade English teacher, Marguerite McCaskill.  She was wonderful! It was through her encouragement that my first poem “In Memoriam” was published. Oh, how I wish I could tell her what a difference she made in my life.

I paid it forward, when I became a teacher at the middle school level and nurtured the creative side of my students. Besides writing poetry and short stories, one of my classes wrote a stage play based on the book The Outsiders shortly after the book was published and long before the movie version hit the big screen. When my class finished writing it, we performed it for three assemblies. My students also shared poems and short stories they had written for pleasure.

It wasn’t until I was in my70s that  the greatest teacher of my life, Mark Weston, gave me the nudge that I needed to get my book Where’s Stephanie? finished. I was in my ‘Golden’ years when I first began working in New York as a talent.  I joined Mark’s Monday afternoon writing class at the Screen Actors’ Guild Conservatory in Manhattan. For over twenty years, Mark had performed both on and off Broadway, along with being in numerous films and television commercials. After being stricken with Bell’s Palsy, a sudden weakness of muscles in half of his face, he became a successful writer of stage productions, screenplays, and documentaries. He taught writing skills free of charge, because he wanted to give back what was given to him… he was paying it forward.

For the next few years, whenever I was in New York working, I would go out of my way to join his Monday afternoon writing class. He never gave specific assignments. His only assignment was “Write and keep writing.” He suggested that we get a copy of Norman Rockwell, 332 Magazine Covers, flip through it and start writing about one of the pictures. Don’t think about it, just write, let go and let the story come to you. That was an amazing exercise.

In 2014, when I was home near Charleston, South Carolina, I mailed Mark a rough draft of  Where’s Stephanie?,  After reviewing it, he advised,  “Write it with feeling, if you feel it, your readers will too.” He could not have given me better advice.

After receiving a copy of my novel, prior to it being published, his response was, “Betcha there’s a screenplay or at least a TV special in this one. Bless!” and then added, “Pay it forward.” When he first said pay it forward,  I only envisioned visiting schools and talking about the writing process. However, much to my pleasure, I discovered that the bulk of my paying it forward has been encouraging other senior citizens to write, with much emphasis on writing their memoires for their children and grandchildren.

I cannot personally thank my teachers, but I can thank God for putting them in my life and I will continue to show my appreciation by paying it forward. 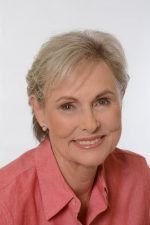 Besides books, Lenora Livingston has written short stories; newspapers articles, and school programs, including a “Character Education Word-of-the-Month” program. She earned a BA and MAT from the University of South Carolina, plus continued post masters studies at The Citadel. Visit Lenora on her website and Facebook.