During these days of quarantine, a writer friend has sent quotes of the day to our writers’ group. I’ve enjoyed the many words of encouragement, but one struck me as particularly profound: “Success is a project that’s always under construction.”

Philippians 1:6 came to mind: “And I am sure of this, that he who began a good work in you will bring it to completion at the day of Jesus Christ” (ESV). I shot her back an email saying, the quote not only applies to our writing but to our lives.

The quote stuck with me over time and prompted me to research its origin. Turns out it was said by a legendary American women’s college basketball head coach, Pat Summitt, who led the University of Tennessee women’s basketball through thirty-eight winning seasons and 1,098 career wins, the most in college basketball history. In 2000, she was named the Naismith Basketball Coach of the Century. Former quarterback and Superbowl Champion, Peyton Manning, once called her a mentor and believed she could have led any pro-ball team to the Superbowl. Unfortunately, she passed away in 2016 at age sixty-four from complications of Alzheimer’s disease. 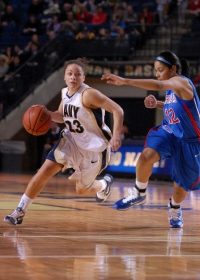 Still, I wanted to understand what made this amazing woman tick. Then the “Aha!” moment came. Pat Summitt’s numerous inspirational quotes have been documented and used many times, including memes people use every day. I noted that many of them reflected a strength of character and integrity she lived out as a person of faith.

In her autobiography Sum it Up, (2013) after her Alzheimer’s diagnosis, Summitt said: “…none of us have a perfect life here on earth … We’re not here to be completely satisfied. Nor are we in command—not even of our own bodies. We borrow, we don’t own. I know that everything I’ve been given came as gifts from God, and He has a way of reminding us, ‘This is my work.’”

There it was, my Philippians passage paraphrased once again.

I know many people measure success by how much wealth or power they’ve accrued. A star-struck aspiring basketballer might point to Pat Summitt and say, “There’s success.” For us writers, success is measured in numbers of books sold, and we even envy those who have made it to the New York Times Best Sellers List.

However in the end, Pat Summitt owed her life and her successes to the gifts God had given her and the work he had done in her. She really did believe success is a project that is always under construction. Which brings me back to why the quote stuck with me.

As magnificent as Hall of Fame tributes and thirty-eight consecutive winning seasons of basketball are, the value of a life isn’t measured by any of the ways our current culture deems praise-worthy, including the number of likes on our Facebook pages. I know this is not a popular perspective, because we all like to feel proud of our accomplishments, and we should receive kudos for them. 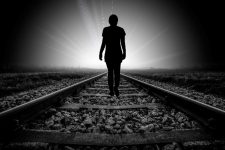 Yet from God’s perspective, we are always under construction. This means for a person of faith,  no matter where we lay on the continuum for our life’s journey, success lies not in our accomplishments but by the attitude of a willing heart to be molded by God and to apply the gifts he’s given us, and that includes our writing. This ought to encourage us to move forward with joy whatever our writing vocation brings and to remember that regardless of the bumps in the road, we are highly valued and greatly loved. 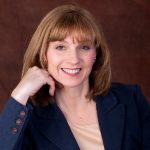 Donna Wichelman was a communications professional before 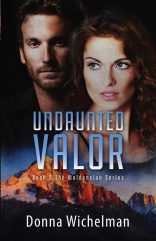 writing full time. She has authored short stories, essays, and articles in various inspirational publications and has self-published a two-book contemporary Christian suspense series. Her current project under construction is a three-book historical romance series set in Colorado.