This week marks the 76th anniversary of the D-day landings in Normandy on June 6, 1944.

While studying the US Army Rangers on D-day for my latest novel, The Land Beneath Us, I was struck by aspects of the Ranger mentality that apply to us as writers. Although we may not have to scale tall cliffs under enemy fire to meet our objectives—for which I’m very thankful—I believe we can find inspiration from these incredible men. 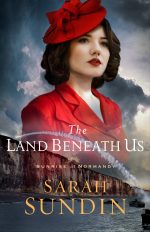 As in all military units throughout history, teamwork was vital to the Rangers in World War II as they lived together, trained together, and fought together. They trusted and respected each other, and it showed in battle.

One of the things that first struck me about the Christian writing community was the sense of teamwork. We support each other, encourage each other, and need each other. Even though the current situation may keep us from meeting in person, we still have the joy of connecting online.

What made the Rangers unique was the focus on the individual. In addition to training as a team, each Ranger was trained to work in small units and by himself. On Pointe du Hoc on D-day, the Germans were confused by how the Rangers struck out in every direction in small groups.

As writers, we work alone. The process of creating a novel is internal and different for each of us. We each bring unique voices, causing Christian fiction to improve and grow.

Writers need plans too. We need long-term career goals and short-term daily goals. Which conferences to attend and what courses to take? How many words per day—and what’s my personal deadline? How to build my platform meaningfully and organically?

The Rangers’ training was designed to teach initiative, the favorite word of their commander, Lt. Col. James Earl Rudder. As a result, the Rangers were highly effective. The guns they’d been ordered to take out weren’t on Pointe du Hoc, but this didn’t stop them. They proceeded to their next objective. Several men noticed tracks, followed them, and found the guns in an orchard, where they disabled them. That’s initiative!

Writers need to be flexible too. We need to hold our plans loosely, knowing the Lord is in control. As things change, we need to adapt and look for new ways to serve with our words.

When things looked bleakest on D-day, with the troops pinned down on Omaha Beach under murderous fire, Brig. Gen. Norman Cota turned to the Rangers and spoke the words that become the Ranger motto—“Rangers, lead the way!”

We too can lead the way by embracing our individual role in the team and by showing initiative while following the plan.

Need motivation in the writing life? Inspiration from the Rangers on #DDay from author @sarahsundin #ACFWblogs #amwriting #writetips #ACFWCommunity Click To Tweet 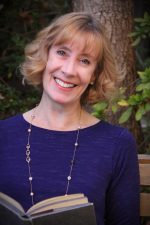 Sarah Sundin is a bestselling and award-winning author of World War II novels, including The Sea Before Us, The Sky Above Us, and The Land Beneath Us in the Sunrise at Normandy series, which follows three brothers on D-day. Sarah lives in California. Visit at www.sarahsundin.com.