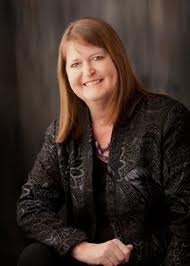 My mother-in-law, Marybelle Connealy, was one of my favorite people on the planet. She’s the mother of seven sons (no daughters) including My Cowboy who was number six, so I’m glad she kept having boys until she came up with one for me.
She’s got this great combination of strength of character, wonderful humor and practicality. She’s really got a gift of accepting life’s twists and turns, handling it calmly and finding joy in it.
Her sons are all honest, smart, hardworking. She did good. But My Cowboy didn’t have an exactly normal upbringing being so surrounded by men. So, when I write I am strongly influence by his sort of skewed all-male view of the world.
Add to that, we have four daughters and My Cowboy really doesn’t know what to do with them sometimes, like maybe they just stepped out of a space ship from Venus.
He is fond of saying, “Men think things through, woman talk things through.” And I know exceptions but there’s a lot of truth in that and I bring that to my
books.
My heroes don’t say a paragraph when they can say a sentence. They don’t say a sentence when they can get by with one word. They don’t say a word when they can grunt. And they are fond of making pronouncements. They’ve thought the whole thing through and BAM here’s how it’s going to be.
Now that can be annoying, especially when I’m sort of yammering on, saying out loud the pros and cons or what I’m thinking about and he’s looking at me like I’m wasting a lot of his ear space by stating the obvious.
But we learn to handle each other to the best of our ability and since I’ve started writing I’ve learned to reflect that minimalist talk and Decision Announcement attitude in my heroes.
An example of this that comes to mind is from a scene in Over the Edge. Book #3 in the Kincaid Brides Series

OVER THE EDGE
“Can you believe it snowed so hard?” Julia asked. The horses waded through ankle deep snow on occasion but the sun was strong and the snow was mostly blown off the heavily wooded trail. “Some of it is already melting.”
Rafe hadn’t been around women much but since he’d gotten married to one of the little critters he’d noticed they seemed to have to say out loud every thought in their head. Including stuff everybody already knew. It’d snowed. Today it was real nice. It was called weather. What was there to talk about?
“Yep, it’s a real nice day.” He’d also learned woman didn’t like men ignoring them or telling them they were wasting their breath when they said out loud something anyone with one working eyeball could see. “Weather can be like that in the Rocky Mountains. Winter comes early, but there can be nice days, too, even after the snow starts flying.”
Steele Coulter, the foreman of the Kincaid Ranch gave Rafe a look that clearly told him his ears were weary from all the talk.
Rafe didn’t smile, but he knew if Steele had a chance to marry a woman as beautiful and smart and sweet and warm as Julia, he’d have talked up a storm to keep her happy.
“So, Steele,” Julie said, “did the boy say-“
Steele was a few steps ahead and he picked up speed and didn’t answer. He did a good job of acting like he hadn’t heard.
Rafe eased closer to his wife. “So what do you think might be going on?” It was a question he used on Julia many times to keep her talking so he wouldn’t have to talk back. It gave him spare time to think about important stuff like the ranch.
They rode up to Julia’s ramshackle cabin about the time Julia quit making things up that could’ve happened.

In what I hope is a good-hearted way, Rafe is being a man and Julia is being a woman and honestly in this instance Rafe is being a little more sensitive than most men in my books even though he finds Julie’s behavior very confusing.


~~~~~~~~~~
Mary Connealy writes romantic comedy with cowboys. She is a Carol Award winner, and a Rita, Christy and Inspirational Reader’s Choice finalist. She is the author of the Trouble in Texas series and she has a novella in the newly released A Match Made in Texas. A Match Made in Texas. Find it on Fiction Finder.
Mary’s Website