First, a bit of transparency. When I committed to this date for a guest post, I thought I would be in a different place in my publishing journey. I understood there were no guarantees, but in truth I had some expectations. After years of writing and re-writing, when the Lord blessed my manuscript with a Genesis win last year, I kind of thought a clear path to publication would follow. This week being the seventy-fifth anniversary of the WWII mission that inspired my story, the Doolittle Raid, I thought it would be the perfect opportunity to build expectation for my, ahem, on-the-road-to-publication novel.

Well. Let’s just say it seems the Lord has a different plan.

Naturally, I’ve been meditating on scriptures on waiting. “Those who wait on the Lord shall renew their strength” (Is 40:31), right? I never noticed before that the word for “wait” in this passage has a sense of being intertwined. From the Complete Word Study Bible: the Hebrew word is a verb meaning to wait for, to look for, to hope for. The root meaning is that of twisting or winding a strand of cord or rope….

I should be so intertwined with my Lord that my will disappears into His! Doesn’t this evoke Jesus’ idea of “abiding” (John 15:4)?

My period of waiting has given me a couple of gifts. Here’s the first: I think I’ve largely replaced my expectations with expectancy to see what the Lord will do in His timing.

And the second gift? During this period of waiting, something happened I didn’t expect.

I suppose I’m not alone in approaching the idea of establishing an author platform with trepidation. I was convinced my blog would be a big time suck no one would ever read.

But as it turns out I really like blogging. My vision in penning my novel was to impact lives through story. The book may still be in “wait” mode, but the blog gives me a chance to impact people with words right now. I’m learning to have expectancy He will breathe messages through me. And if I’m faithful to write them down, I can trust Him to muster the right audience.

Why am I so confident the Lord is concerned with my work, even if publishers aren’t clamoring for it?

Because, fellow Christian creative, ours is a very high calling.

Do you know who the first person described by God as being filled with His spirit was?

Ever hear of Bezalel?

His is not one of the best-known names from the Old Testament, but his brief appearance in the book of Exodus is impactful. We first hear of him in Ex 31:2, after the golden calf fiasco. The Lord has graciously invited Moses back up Mount Sinai to receive a second set of tablets. The Lord reveals that Bezalel has been called by name to be the master craftsman in charge of building His Tabernacle. Other than Aaron and the patriarchs, I don’t think anyone else got mentioned by name when the Lord spoke with Moses on Sinai.

Thus Bezalel took a key role in one of the most significant events in the Hebrew Scriptures. It’s up to him to oversee the creation of a habitation fit for The Almighty. The fulcrum of the entire Mosaic redemptive system.

What were Bezalel’s qualifications for this critical job? A long family tradition of craftsmanship? Decades of training in Pharaoh’s workshops?

Scripture doesn’t elaborate on that, but here are a few things it does mention.

• Bezalel’s name means “in the shadow of God.”
• The Lord had “filled him with the Spirit of God.” (Ex 31:3, 35:31)
• Bezalel was also filled with “wisdom of heart.” The phrase is rendered “skill” in some versions, but the more literal translation speaks to me.
• Bezalel’s superior ability was the result of being filled with God’s Spirit, of “dwelling in God’s shadow.” He had a special skill in craft that flowed from a sanctified core being.

What was the result? “Moses saw all the work, and behold, they had done it as Yahweh had commanded…. And Moses blessed them.” (Ex 39:42) The climax of the book of Exodus occurs when the Lord visibly inhabits the new Tabernacle.

So, yes, my writing matters to God. Whether it’s a novel read by thousands or a blog followed by a few dozen, if I live in His shadow, like Bezalel I can aspire to craft words the Almighty will inhabit. 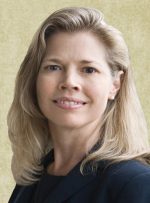 Linda Thompson blogs on the topic Five Stones and a Sling: Stories of Reckless Faith at lthompsonbooks.com. WordServe Literary is shopping her first novel. The Plum Blooms in Winter. Inspired by a true story from the Doolittle Raid of WWII, the novel was a 2016 ACFW Genesis Contest winner.