MEMBERSHIP
CONFERENCE
CONTESTS
CHAPTERS
STORYFEST
Home Blog Who Am I?

But Moses said to God, “Who am I that I should go to Pharaoh and bring the Israelites out of Egypt?”
– Exodus 3:11 (NIV)

“I can’t!” Murray shoved his hands into his pockets and kicked a stone, sending it flying across the gravel yard. “Who am I, but a measly worker?”

The boss let out a staggered breath. “You’re more than that. Take a look at these.” He opened a binder and held it out.

Murray’s jaw dropped. Praise from his coworkers filled every page. How could this be? He just came in every day, did his work, and left. He was nothing special.

“See, you can lead. Everyone thinks so.”

Murray shook his head. “I wouldn’t know what to say to them.” Would they even listen?

“Just be yourself. They want you as their union rep.”

“I can’t.” Murray slammed the binder shut and thrust it back into his boss’ arms. “Pick someone else.”

Moses had a hard time accepting the fact God had picked him to lead His people out of Egypt. He lacked self-esteem. How about us? Do we wonder if we’re good enough to write? Or even call ourselves writers? Let’s see how Moses’ story unfolded.

Moses questioned his own identity. God used a burning bush to get Moses attention. He instructed him to lead the Israelites out of Egypt. What was Moses’ response? “Who am I?” He wondered why God had chosen him. How about us?

Do we doubt His calling on our lives? Do we struggle with referring to ourselves as writers? We ask such questions as: Can I write? Should I just give up? I’m sure we’ve all gone through an identity crisis at one point or another. Look to God for answers. He’s called us to write and we ARE writers.

Moses doubted his abilities. He asked God, “What shall I tell them?” He lacked the confidence to find the right words that would convince the people to follow him.

There are times when I struggle with my writing. Do I measure up? Self-doubt rears its ugly head and I wonder, “Am I good enough?” Does the same thing happen to you? God has given us the gift of writing. We must push Satan behind us, and press forward. We can’t allow our insecurities to cloud the writing journey God has for us.

Moses gave up and asked God to send Aaron. Even after God turned Moses’ staff into a snake, made his hand leprous, and healed it instantly, Moses still pleaded with God to send Aaron instead of himself. God’s reassurances and signs were not enough.

How many times has God tried to do the same to us? Given us clear direction and opened all doors, but we still stumble and take a different path. Why don’t we have the confidence in ourselves and trust that He wouldn’t lead us astray?

God may not have called us to lead like He did Moses, but He has an awesome plan in store. Let’s muster up the confidence He’s given us and write.

Who are we? We’re writers for God. Let’s use our words for Him!

I confess there have been times where I’ve struggled with who I am as a writer. Even compared myself to others. Shame on me! How about you? Share your story. 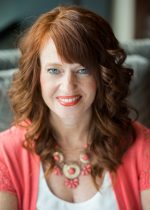 Darlene L. Turner writes romantic suspense. She’s a finalist in the 2017 Great Expectations contest, won the 2016 Daphne du Maurier Award for Excellence in Mystery/Suspense, the Golden Leaf Award, placed second in the Indiana RWA Golden Opportunity contest, and was a finalist in the 2016 ACFW Genesis contest. She lives with her husband in the Forest City of London, Ontario. Visit Darlene at www.darlenelturner.com where she believes there’s suspense beyond borders.