Setting that takes on character brings our stories to life in the minds of our readers. When the author knows the setting well, small details can enhance what our characters experience. In a recent review by Connie Porter Saunders, she wrote, “You know an author is talented when they can convince readers that a country is one of their main characters!”

Knowing your setting well does not require you to spend a lot of time there. I spent two weeks in Scotland thirteen years ago. However, I read magazines, watched movies and televisions shows set in Scotland, and created a screensaver of both my own photos, and 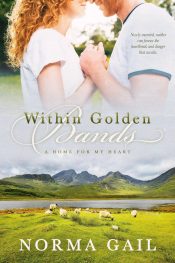 some gleaned from the internet. Scotland lives in my mind. My recent release, Within Golden Bands, is the second book set on Loch Garry in the central Highlands. However, the female protagonist, Bonny, is from New Mexico.

As authors, we want to draw our readers into the story and make them feel a part of it. To accomplish that, the characters and setting interact so profoundly that they seem like one. Explore your neighborhood like you’ve never been there before. What impresses you? Notice how the weather makes you feel? Are there unique customs, smells, clothing styles, music, and foods? Take a virtual tour on the internet, or perhaps try some recipes. Use your observations as a pattern to build a world that readers can visualize, a setting that takes on character.

Here are some examples to demonstrate the ways setting can augment both the action in the story and the character’s moods:

Steep yourself in the sights, sounds, smells, and tastes of your setting. What aspects evoke the most vivid images in your mind? Examine how they could relate to the mood of your characters.

Close your eyes and imagine yourself in your character’s circumstances. What do they feel? Is it possible for the weather and/or surroundings influence their mood, or might it be more powerful to have them in sharp contrast? For example: “A cloudburst threatened in her heart, though the sun shone bright outside.” Write it both ways and then read them out loud to help you decide.

Rough out a scene, then go back and enhance it with details of the setting and emotions the character is experiencing. Think about the interplay of physical setting, emotional mood, along with outside circumstances, and combine them by the use of threads that tie them together in the mind of the reader.

Become as familiar with your setting as with the back of your hand. When your setting takes on character, the reader feels they’re living in your book and they don’t want to leave.

When your setting takes on character, the reader lives in your book and won't want to leave. @Norma_Gail #ACFWBlogs #writetip #ACFWCommunity Click To Tweet 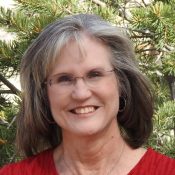 Norma Gail’s debut novel, Land of My Dreams, won the 2016 Bookvana Religious Fiction Award. Within Golden Bands released May 19th. A women’s Bible study leader for over 21 years, her devotionals have appeared in several publications. She lives in New Mexico with her husband of 44 years.