I just returned from a book signing event where I was invited to speak to a church book club. Because I posted the event on Facebook, other readers who weren’t a part of the book club also attended. I spoke about my most recent novel, The Long Highway Home. The novel is based on true stories of refugees escaping Iran and traveling the Refugee Highway into a little town in Austria where a real team of missionaries serve up coffee and Christ at a ministry center called The Oasis.

After I had spoken about my inspiration for writing this novel, I opened it up for a Q and A. Several ladies had sincere and pertinent questions. But one woman seemed to have an agenda. I’ll call her Sally. She wanted to know if the Christians cared at all about the Muslims, if they’d taken the time to hear their stories and know about their faith, commenting that she had many Muslim friends, and she would never try to convert them but only treat them with respect.

In her questions, I heard anger and hurt and confusion. And attitude. She asked several more equally aggressive questions. This woman was broken and so sad. 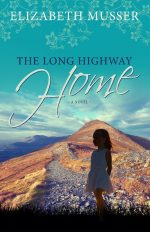 I took a deep breath, asked the Lord for wisdom as I watched this woman’s eyes fill with tears. I answered as kindly and winsomely as I could, expressing how deeply our missionaries seek to respect all refugees, offering them welcome and love and safety, never forcing the Gospel on anyone.

Later, as I signed books, a woman, who I’ll call Jane, introduced herself as Sally’s mother. She had driven to Atlanta from Raleigh just to bring Sally to my signing.

Jane told me this story. Her daughter served in inner-city missions in California for 23 years. She was zealous and loved Jesus. Then something happened, and Sally turned her back on the faith and the Lord. That was many years ago.

But in the in between years, Sally moved to Atlanta. One night, she was eating dinner at a popular restaurant and quite by chance, met my parents, who were dining there also. When my mother asked what her work had been, Sally talked about being an inner-city missionary in California. My precious mother, who never lacked boldness, asked Sally why she had quit that job, and Sally said, “Some hard things happened.”

My mother proceeded to tell Sally about Louise, an inner-city missionary in Atlanta with whom my mother had worked for thirty years.  One of the main characters in my novel The Swan House, which Sally had read, was based on Louise. So, my mother got Sally in contact with the real Louise, and over the years, Sally and Louise developed a deep bond.

“Your mother reached out to Sally when she was hurting and kept following up with her,” Jane said with tears in her eyes.

By now, I had tears in my eyes, too! Mom had never told me this story, and it came as a special blessing this morning. You see, my mother passed away 18 months ago. I miss her terribly, and especially at my signings, where she was my business partner and outspoken advocate.

I was deeply moved as Jane told Sally’s story, and amazed at how it intersected with my story and my mother’s story. Sally hasn’t come back from her wandering, but I believe she is on the road. And I was privileged to get a glimpse of God’s gracious hand at work in this hurting woman.

We never know who will read our books or show up at signings. We never know what is going on in hearts. But Jesus does. As we write and then share with readers, may we cloth ourselves in humility and love. And then, as we watch and listen to the stories our Father is writing on hearts, may we rejoice that He lets us have a paragraph or two in a chapter somewhere along the reader’s journey.

Have you been bothered or blessed by a reader lately? How did you respond? 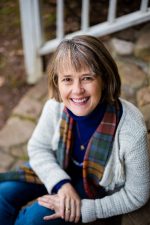 Elizabeth Musser usually writes ‘entertainment with a soul’ from her writing chalet—tool shed—outside Lyon, France. For over twenty-five years, Elizabeth and her husband, Paul, have been involved in missions’ work in Europe.  To be closer to family, the Mussers have moved back to the Southeast for 2017-2018 school year and are living in the Chattanooga area near their son, daughter-in-law and three grandkids. But you can read about her humorous Thanksgiving experiences in France here.  Find more about Elizabeth’s novels at www.elizabethmusser.com and on Facebook, Twitter, and her blog.