MEMBERSHIP
CONFERENCE
CONTESTS
CHAPTERS
STORYFEST
Home Blog What Do Some Experienced Writers Have in Common with Mother Guppies?

Our first aquarium held only five gallons, but we loved it. At the pet shop we bought some guppies. The clerk said, “Better buy one of these.”

“It’s a trap to keep the mother from eating her babies.”

It was a rectangular plastic device that floated near the top of the water. We put some greenery inside it and inserted the trough, which had a slanted bottom. Not long after our purchase, the mother started having babies.

We dipped her up and dropped her over into the trap. She had fifty-six babies—babies who grew up to be colorful and interesting to admire, babies we could share with friends, babies she should have eaten if she could have.

Once upon a time a few writers existed in our world. We admired them, although some of them would be considered mediocre by our standards. Others wrote with expertise not ever to be approached again. 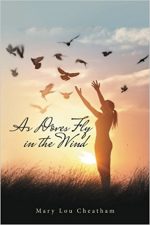 Now, we are experiencing the freedom of publishing brought about by technological changes and readers’ acceptance of Indies, readily available laptop computers, and hours of leisure time once afforded only by the wealthy. More and more people are becoming writers.

Would it be possible to eat them up with sarcasm? Then the experts wouldn’t need to worry about whether some of them might grow into amazing wordsmiths. Also it would remove the possibility that some would grow into messy writers, who misuse words and don’t obey the rules. Some of them might even become beautiful authors of bestselling books. Some might devise their own set of rules.

Wouldn’t it be safer to kill them off?

Every author was once a little girl or boy holding a big pencil with a soft lead to write large shaky letters on pulp tablets. Most authors willing to tell the truth wrote some pathetic first attempts at fiction that would be laughable now. Every great writer was once a fledgling author.

The magnet on my refrigerator says it well: The EXPERT in anything was once a beginner.

It all befits the great ones among us to met out sarcasm on those innocent of refined skills.

When a young writer—young in the sense of inexperienced—approaches an expert, it would be better to save a little time to nurture rather than saying, “I don’t have time.” Fifteen minutes of guidance could benefit a developing writer a whole life long.

Guppies eat their young. Authors sometimes do the same.

Why can we not think of the newbies as little children and suffer them to come to us? I’m not asking you to neglect your own craft, but maybe it would be possible to spare a few minutes occasionally even on the ones who seem so undeserving.

One of the beauties of ACFW is the presence of talented successful writers who are willing to help the sincere timid folks, who shed tears and quake in fear to approach the best-selling authors in their midst.

At my first writers’ convention, a petite red-haired author with intense eyes and endless enthusiasm help one writer after another. I never said a word to her throughout the entire convention. In the airport waiting to catch a plane home, I sat contemplating my idea for a novel as I stared into the screen of my laptop.

She came up to me and said, “I saw you and wondered what you are working on.” She shared ideas with me in the time we had to wait for our planes. Years have passed, and she still drops me notes of encouragement. 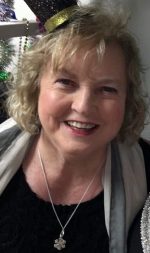