One of my favorite shows is The Behavior Panel on Youtube. Four body language experts who are psychologists, served in law enforcement, or worked in the military analyze the body language of celebrities, politicians, and criminals. Some of their notable observations revolve around people like Scott Peterson, Meghan Markle, Michael Jackson, Amanda Knox and more.

What I find fascinating is how the smallest flicker of body language, the hold of a gaze, a half-hearted shrug can scream a world of information to these experts. Whether it’s insecurity, deception, false bravado, joy or anger, these guys see it all.

Once a baseline is established (a regular pattern of behavior for each person they analyze), the experts can then use changes in a person’s normal pattern to figure out what they are thinking. For example:

~A hand on the hip denotes confidence and readiness to connect

~As stress grows, blink rate increases, as does use of adaptors and barriers, like crossing the arms over the stomach or massaging the arms.

~Fakers will overreact and go too far in the opposite direction of the emotion they want to hide. (Ex. laughing too loudly or smiling too big)

~People who lie often keep steady eye contact on the person they are talking to (instead of looking away) because they want to gauge if the listener is buying their story.

The longer I watched the show, and read the books they recommended to deepen understanding of body language, the more my characters began to leap off the page. In the past, I would fear using too many dialogue tags so I made sure to use lots of character actions in my story. A shrug. A smile. Whatever seemed to go with the situation.

After studying body language in depth, I have found a deeper understanding of how to express the motives and emotions behind my characters. It made me reflect on every motivation, thought and psychological stress in my story world.

Jordan ran across the street, his breath heaving. Maybe no one would notice him among the clamoring crowd.

Since studying body language, my writing has grown organically into a structure similar to this:

Jordan’s feet gobbled up the pavement as he raced across the crowded street, his eyes darting from side to side as he scanned the crowd clogging the streets. Each breath was painful, shallow. He shoved in hands in his pockets and hunkered low as he slunk through the growing mob.

Understanding body language, micro-expressions, and posture is the ultimate way to ‘show and not tell’. Since over 50% of language is non-verbal, refusing to unearth our characters’ body language is a recipe for creating flat, one-dimensional fictional people. Body language adds tremendous depth to dialogue, sets tone, and shows readers how a character’s emotions reflect in their behavior. Our faces contain over 90 muscles and each one of them is connected to a specific emotion. (Ex. There is a muscle in the jaw that, when used, is an instant sign of grief. Who knew?)

To learn more, watch The Behavior Panel or pick up books by Scott Rouse (Understanding Body Language), Greg Hartley (I Can Read You Like a Book), or Chase Hughes (Six Minute X-Ray: Rapid Behavior Profiling).

Whether it’s a protagonist, secondary character or the dreaded villain, body language is a powerful way to take your character from average to unforgettable. 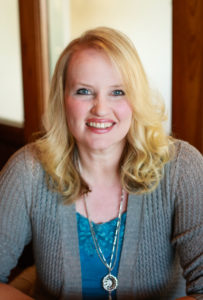 Tara Johnson is an author and speaker and writes stories that help people break free from the lies they believe about themselves. Tara’s debut novel Engraved on the Heart (Tyndale) earned a starred review from Publishers Weekly and finaled in the Carol and Christy awards. Her latest releases, Where Dandelions Bloom and All Through the Night were also published through Tyndale. She, her husband, and children live in Arkansas. She can be reached at www.TaraJohnsonStories.com.