When I sold my debut novel A Family for the Farmer to Love Inspired in August of 2015, I was over the moon. I had finally stepped through the golden door of publication, and I felt sure from now on I’d be dividing my time between signing books, signing contracts and signing royalty checks.

But then my follow-up book proposal got a no. I revamped it and tried again. Nope. I kept submitting. Nope again. Months ticked by. Then a year.

Then another year. People were always asking me when my next book was coming out. What was taking so long? 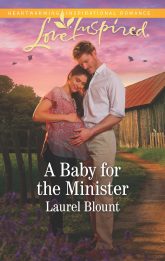 I was asking myself the same questions as I watched other authors rejoice on Facebook over multi-book contracts. I wanted to celebrate for my new friends, but it was a struggle. Even when my first book won an award, I secretly felt like a fraud. Was I a one trick pony? Did I have another good book in me?

In April of 2017, I’d signed up to attend an all-day Georgia Romance Writers’ workshop. I was so discouraged at that point that I almost didn’t go. Driving to Atlanta, I prayed that God would help me stop being so self-focused, and that maybe He would at least use me to be a blessing to the other writers in attendance. I think I figured that was probably the best He could do.

Spoiler alert: I was wrong.

When the speaker, Laurie Schnebly Campbell, approached the podium, she remarked that she always opened her workshops by briefly mentioning a phenomenon that plagued new writers. She used a phrase I hadn’t heard before. Sophomore Slump.

This difficulty in producing that second book, it turns out, was so common there was a term for it. She candidly discussed her own experiences, and she strongly encouraged anybody going through this stage not to give up. She then calmly proceeded to her unrelated workshop topic, unaware that she had just been used by God to speak directly to at least one struggling member of her audience.

I went up during a break and hugged that wonderful woman’s neck. Afterward I went home, followed her advice and didn’t give up.

This September my second Love Inspired romance, A Baby for the Minister, will be released, and I’ve recently been offered a two book contract for additional romances. I survived the sophomore slump, and if I can do it, you can, too!

Here’s what I learned: 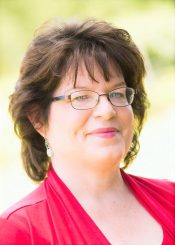 Award-winning author Laurel Blount lives in middle Georgia with her husband, four children and assorted spoiled farm animals. Her days are a happy whirl of writing, housekeeping, homeschooling and hobby farming. Her second Love Inspired contemporary romance, A Baby for the Minister, releases in September 2018. Find her at laurelblountbooks.com.