Are you writing a novel that’s part of a series or a stand-alone one?

Let’s talk about series. Readers love series. While Jan Karon wrote eleven books in the Mitford series, the average stands at three or four. It’s hard to leave beloved characters behind after all the time you spent with them. 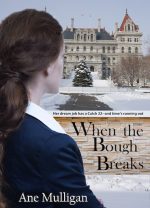 I planned out my Chapel Springs series with three books, which became four. I wrote the first with two POV characters. My protagonist is Claire, and her BFF Patsy had a POV. In the second book, Claire had a POV again, but another character in town has the second POV.

With two books out, I had a street team that populates a community group on Facebook. When I began the third book, I was in a quandary about whose POV I would write. My street team was emphatic about one thing; Claire had to have a POV. She was the heart of Chapel Springs.

That was my determining factor … my readers. So, the entire series has Claire was one POV and another character from the town as the other.

Not all series are like mine. However, all have a unifier going through each book; a town, a theme of lost love, families reunited, or perhaps a job–something that ties the books together.

Susan May Warren had several books in her Christiansen Family series. Each family member was the POV character in one of the books. She has a series about Montana smoke jumpers, mountain fire fighters. A number of years ago, she did a series with a noble legacy as the unifier.

Deborah Raney has five books in her Chicory Inn series, starting with the parents changing their home into a bed and breakfast. After the first, each of their grown children had their story told.

So, if you’re thinking about writing a series, you first have to decide how the books will tie together. You can have an ensemble cast in a town, like my Chapel Springs series. In this type, the town actually becomes a character.

You can choose a career, like fire fighters, or the police. As long as you have something that ties the books together, you can write a series. If you’ve written a series, I’d love to hear about yours. What was the unifier? Join the conversation. 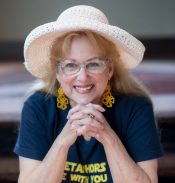 Award-winning author Ane Mulligan writes Southern-fried fiction served with a tall, sweet iced tea. She’s a novelist, humor columnist, and playwright. Her most recent release is When the Bough Breaks. She believes chocolate and coffee are two of the four major food groups and lives in Sugar Hill, GA. You can find Ane at www.anemulligan.com or Amazon author page.