Spring is here, and it’s time to start my next book!

With this new beginning, I’ve already spent hours of preparation. I’ve cultivated the bed of ideas, throwing out stones and stray roots. I’ve poured over research materials as if they were seed catalogs, each with their own versions of the standard offerings. I’ve studied maps, terrain, weather, and the political and cultural climate. The setting is prepared and waiting for the story to begin. 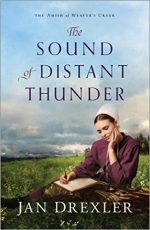 Soon, very soon, I’ll start planting the characters into the setting. People who are already real to me, waiting to be revealed to my readers in the first pages of the book. I anticipate their growth through the spring…but will they turn out the way I picture them? Probably not! Characters have a way of adding their own quirks to a story.

I’m sure you’ve experienced the same thing. You have your scene planned out, but as you write, the people in your head say things and do things you didn’t intend to include in your story. But as you read the scene over, you realize that your characters introduced a twist that is perfect. So you keep it and continue on.

As the summer progresses, the story will grow. There will be imperceptible changes from day to day. Another scene added, or a chapter revised. I’ll step back from the story on occasion and head out to do some hiking to refuel my creative bank. Then, like a summer rainfall, I’ll come back to the story refreshed.

My characters will grow, even though I’ve even planned for a few weeds to enter the storyline. You know – those secondary characters that push themselves into the hero’s or heroine’s life, creating havoc.

Ruby will find her place, feeling her way through the surprises I have in store for her. She’s a bit feisty, and as headstrong as her father. She’ll trample down the weeds that try to grow in her path, and perhaps even a few of her fellow characters. The only thing I worry about with Ruby, though, is that she’s more likely to grow into a snapdragon rather than the hollyhock I have envisioned.

Gideon, the hero of the story, will have trouble adjusting, having been transplanted from a remote part of the garden like a stunted raspberry cane brought into the sunlight. I’ve planned for him to suffer, and I’m anticipating some tragedy in his life. But Ruby will be there to bolster his courage.

Then the day will come when the story turns that fateful corner toward the end. Ahead looms the Black Moment and the Final Battle. On that day, spring will be a distant memory as the hot days of summer give way to an early frost. But my characters and I will keep moving toward the inevitable ending and the final harvest in the fall.

I’m fairly new to this story-telling life, having begun my journey just over seven years ago, but every book beginning sings with the anticipation of a new adventure. Can there be any better way to live than this? 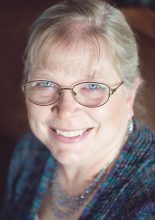 Jan Drexler’s ancestors were among the first Amish immigrants in the 1700s, and their experiences are the inspiration for her stories. Jan lives in the Black Hills of South Dakota with her husband and growing extended family. She writes historical Amish fiction and is published by Revell and Love Inspired.