Ever since our vocabulary extended beyond “Mama” and “Dada,” most of us have been engaged in verbal communication, although true communication is rarely limited to voice alone. Human dialogue, human interaction, is a complex series of mechanisms that dictate how information is communicated and received. It isn’t as simple as one person talking and another listening. Communication embodies the entirety of each person involved in the conversation: 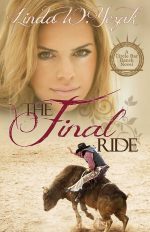 Information is presented by the speaker from the basis of who he is, but it’s not limited to what he says. Other factors either clarify his words or confuse the listener:

During conversation, the speaker can gauge whether his message is being received as intended by regarding the listener’s body language/physical stance and facial expression–two elements of non-verbal communication.

On the receiving end, the listener hears the words, compares them to the tone of voice, body language, expressions, and gestures of the speaker, and goes through an entire gymnastic routine to decipher not just what is being said, but what is meant. And the listener draws on his own personal background and experiences, influencers, attitude, biases, and overall emotional framework to interpret what is being said.

For instance, when I was a kid, my dad used a particular tone of voice when he was angry about something. It was the first warning that I’d better stop doing whatever I was doing, or start doing whatever I was supposed to be doing. Now, whenever I hear that tone, I tend to feel either guilty or defensive. Either way, I cringe inwardly, because I dread what’s going to happen next if I don’t figure out what I’ve done or not done–even if nothing is going to happen next. I was rarely disciplined as a child, because the warning tone itself was enough to make me behave.

Problem is, my husband uses the same tone when he’s explaining things. He’s not angry, he’s just explaining–and I’m on the defensive and jittery and not hearing a word he’s saying, because I’m trying to figure out what I’ve done to deserve that tone of voice.

My husband may use that particular tone of voice because he’s in “teacher” mode. Maybe subconsciously, he enjoys teaching and wants to be recognized for what he knows. For my part, I don’t interpret his motives. I react to the tone. And after well over twenty years, you’d think I’d know better, but that’s another discussion.

What does all this mean to you, the writer?

This is a treasure trove for writing dialogue. Every component of conversation can feed text, subtext, conflict, tension. The trinkets in this chest can help you with dialogue tags, action beats, and internal monologue also, as you show your reader the character’s physical and emotional reactions to what is being communicated. And in doing so, you reveal more of your character’s personality and backstory.

Enliven your dialogue and make it as complex as the components of communication allow–and those components allow a lot of complexity. 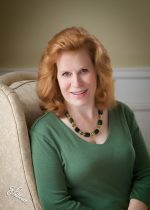 Linda W. Yezak lives with her husband in a forest in east Texas, where tall tales abound and exaggeration is an art form. She holds a BA in English and a graduate certificate in Paralegal Studies. Thirty years later, she’s finally putting her degree in English to good use, combining it with her natural inclination toward story-telling to create fun, unique novels and award-winning short stories. Linda’s latest releases are The Bucket List Dare and The Final Ride, a finalist for the 2017 Christian Small Publishers Association’s Book of the Year award.