I don’t think of myself as a particularly funny guy, and I believe if you asked any one of my students, my opinion would be confirmed, especially after finals. However, I do like to write a story that is entertaining, and therefore I do make several attempts at humor in my writings. With a few readers, I have met with success, and therefore, I feel justified in discoursing a bit on how one might attempt humor.

The first rule in writing humor, of course, is that you must be willing to exaggerate. Unfortunately, as my siblings might attest, this willingness comes naturally to me. My wife, on the other hand, finds this first rule a stumbling block because it involves lying a bit. 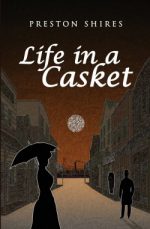 My beloved does find a loophole, however, that allows her to exaggerate without lying. It’s called sarcasm. The beauty of sarcasm is that in delivering a sarcastic remark, the speaker or author indicates he is intentionally exaggerating, and therefore not trying to mislead his audience.

I’ll give you an example. Imagine my wife’s husband makes for himself an exquisite meal that requires the dirtying of a number of utensils and dishes. She enters the kitchen and starts cleaning up. Feeling somewhat guilty, her better half says empathetically, “Dearest, you need not bother about the dishes tonight.” Her response would be, “Sure, I’ll just leave the dishes out and the flies will clean them off.”

Now, one might argue that this is not sarcasm, and that she has a valid point: The flies will ultimately clean off the dishes. This is the wrong approach, believe me, it’s been tried. So, we are left to conclude that my wife was, or thought she was, exaggerating without lying. In other words, my wife has made a valid attempt at humor; albeit I don’t recommend laughing immediately in such cases, that has been tried as well.

In a more cheerful vein, my wife also employs humor through analogy. This is really a forte of hers. She would have been a hit in Dickens’s Christmas Carol if she’d been invited to participate in Fred’s game of similes. Right now, I’m looking over my shoulder at our kitty who has been lying in the armchair for five hours straight. Let me ask my wife the following question: “How energetic is the kitty?” Her answer, and this without batting an eye, is “She’s as energetic as a sleeping pill.” My wife can do this all day long.

Now how about dishonest humor? Here’s where I have my moments of glory, because I can do this all day long. For example, I lied when I said I was looking over my shoulder at our kitty. In reality, I was standing over the kitty seated patiently in the armchair when I put the question to my wife. It sounded funnier to me, though, if I said “I’m looking over my shoulder” because the phrase emphasized spontaneity, which would underscore my wife’s wit.

This type of dishonesty has been mastered by authors such as Mark Twain and Patrick McManus. But is there any hope for the author who wants to go straight? For the man who wants to tell a story without his wife raising a skeptical eyebrow? Yes, there is; it’s called writing a work of fiction in the first person. Because it’s fiction, readers know you are lying, therefore, you are not lying.

“The first rule in writing humor, of course, is that you must be willing to exaggerate.” @pdshires #ACFWBlogs #writing #writetips Click To Tweet 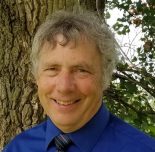 Preston Shires teaches history at a community college in Nebraska. He and his wife live in the country, where he writes historical fiction and farms. He’s currently writing the Nebraska Mystery Series and has just finished book two: Saved by the Bullet, a follow-up to Life in a Casket. Visit Preston at www.prestonshires.com.