Writing historical fiction is a lot like digging for gold. No matter the era and setting an author chooses, enormous mountains of historical data loom over us, daring us to find those interesting nuggets and minute details that make a book sing. The task can seem daunting, discouraging, and downright impossible at times. We know there is gold in them thar hills, but finding it takes hours upon hours of digging. 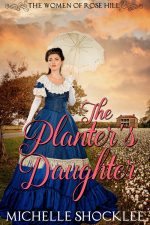 Such is the case as I began research for my debut novel, The Planter’s Daughter, an antebellum saga set on a Texas cotton plantation. Because Texas is not a state most people think of when discussing slavery and cotton kings, I had to truly dig to unearth the historical gold I sought. Websites and history books yielded good information about slavery and plantation life, but still, something was missing. That ‘something’ that is uniquely Texas.

One day as I perused the research mining behemoth known as Amazon, I typed in a number of search words, swishing them around the way a miner pans for gold, when something shiny appeared amongst the sediment. I scrolled down, squinting to see if it was Fools gold, which I’d found a lot of lately. It looked interesting, so I clicked the link to a small, orange book with a picture of an older black gentleman on the cover. I Was Born in Slavery, the title claimed. Personal Accounts of Slavery in Texas. The blurb about the book seemed promising: “When you think of early Texas history, you think of freedom fighters at the Alamo and rugged cowboys riding the plains. You usually don’t think too much about slavery in the Lone Star State.” On a whim, I ordered the book and waited impatiently for it to arrive. On the day it landed in my mailbox, I am certain the distant voice of an old miner hollered, “Eureka!” That little book changed my novel.

In 1936, while the Great Depression dragged on, our government sent out-of-work writers to southern states to interview the quickly disappearing population of former slaves. Now in their 80s, 90s, and 100s, these former bondsmen and women were all that remained of the eyewitnesses to a shameful part of our nation’s history. Interviewers with the Federal Writers’ Project collected over 2,000 firsthand accounts of what life was like as a slave in America. I Was Born in Slavery tells twenty-nine of those stories, all from people who lived in bondage in Texas.

My book took on new life with the information I devoured from this treasure trove of material. Many of the scenes and experiences you read in The Planter’s Daughter are based on actual events from the lives of former Texas slaves. I used their dialect, their descriptions of plantation life, and many of their names in tribute to their memories. Even the setting I’d chosen for my novel was validated by one of the interviewees. In Andy J. Anderson’s own words: “My name am Andy J. Anderson, and I’s born on Marster Jack Haley’s plantation in Williamson County, Texas.”

As I write the third book in the Women of Rose Hill series (I’ve already turned in the manuscript for Book 2 to my editor! Yay!), which is set on the same Texas plantation twenty years later, you can be assured that little orange book is right by my side. Gold, I tell you. That book is pure gold to this historical author. 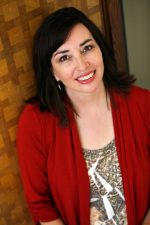 Michelle Shocklee is the author of The Women of Rose Hill series, a historical romance series set in Texas. She and her husband of thirty years make their home in the Texas hill country on a 400-acre ranch where they work as Estate Caretakers. Find Michelle on her website, blog, Facebook, Twitter or Pinterest.