To achieve great things, two things are needed; a plan, and not quite enough time. ~ Leonard Bernstein

After several years of neglecting exercise, I joined a gym. Life had come between me and something I actually enjoyed. I didn’t have time. Or so I’d told myself. With family, office work, and “home” work, the day didn’t have enough hours. Especially since I’m not one of those ‘set your alarm at 5 o’clock people.’ Not even close. 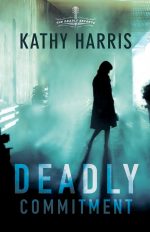 During my first week back at the track, I noticed a young man working hard in the weight room. He was there day after day. Lifting, lunging, pressing. I thought I was doing good to walk thirty minutes a day, trying to break a 17-minute mile. But he put me to shame. It was obvious that he spent more time, working much harder, than I did. I couldn’t help wondering what motivated him, or how he found the time.

One day I decided to ask him.

I introduced myself and explained that I was a writer working on a story. I told him that his dedication had inspired me, and I asked about his routine. He said his name was Bryan and that he spent two hours a day at the gym. He told me that he varied his routine, alternating machines and free weights to build, and rest, each set of muscles. He also said he had a full-time job but that exercise was important to him, so he planned his routine around his work schedule.

I asked why he was so dedicated, and he simply said, “It’s just my lifestyle.”

Walking away from my conversation with Bryan, I was even more inspired. Not to exercise more. But to apply his workout philosophy to my writing.

The similarities between exercise and writing were obvious, not the least of which was the end result: self-satisfaction. I knew from experience that, even on the days I dreaded walking, I always felt better afterward. The same was true of writing. Putting it off was much worse than actually doing it.

The morning I talked to Bryan, I walked further and at a better pace than most days. Even while furiously taking notes on my phone as I walked. The working title for my piece was supposed to be “Do’s vs. Don’ts.” But, somewhere between spellcheck and my finger hitting a wrong key, I entered the last word incorrectly.

Sometimes funny things, and even revelations, can come from typos. Even though donuts was supposed to be don’ts, I think the typo is more appropriate. After all, a donut is a big fat ‘zero.’ And that’s exactly what we get when we don’t write. We get a blank page. We become lazier, and less motivated, every time we put it off. Our writing muscles lose their tone, and we lose confidence in our abilities.

The analogies between writing and working out are endless, especially when it comes to the outcome. If my new friend Bryan had chosen to eat donuts instead of work out, his physique—and his life—would be completely different. It’s the same for us. We can choose to write. Or we can choose to eat donuts. And while donuts are tasty, writing is much more productive.

Want to be a writer? Setting a goal isn’t enough. Writing has to be a lifestyle. @DivineDetour #ACFWBlogs #writing #amwriting #pubtips Click To Tweet 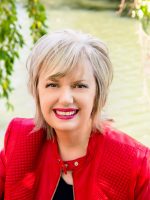 Kathy Harris lives in Nashville, Tennessee, and writes romantic suspense and women’s fiction. She is represented by Julie Gwinn of The Seymour Agency. Her second novel, Deadly Commitment, releases in October. Visit her website or follow her on Facebook, Twitter, or Instagram.