MEMBERSHIP
CONFERENCE
CONTESTS
CHAPTERS
STORYFEST
Home Blog Do your characters talk to you?

The news report made quite a splash. Researchers at Durham University in the U.K. teamed up with The Guardian newspaper and the Edinburgh Book Festival to do a study of authors. And the study reported that two-thirds of authors hear their characters speak while they’re writing.

My first thought was, this is news?

The study was more of a survey. Some 181 authors who participated in the Edinburgh Book Festival in 2014 and 2018 were asked an array of questions. The biggest surprise, at least to the researchers, was that 63 percent of the authors hear their characters speak, and 61 percent say their characters can act independently.

I’ve been listening to my characters speak since I’ve been writing. I’ve experienced 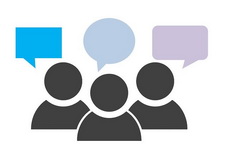 I was having fits with the opening of the fourth novel. I wanted to skip the opening and start with the action scene. The problem was the story needed the opening to set the stage. I went for a long walk, taking a particularly troublesome (and relatively minor) character with me. I was a block from my house when I clearly heard him speak: “This is my story. I have to tell it, but I can’t. It’s too painful to break through that wall, and I’m frightened to find out what’s on the other side. I’m frightened of that darkness.” And there it was – the opening of the story. It sounds crazy, but that character told me how to write the opening – in his own words.

It took months of struggle, but I finally realized this four-year-old character with a mind of his own was actually who the story was about. Once I got over the shock, I rewrote the text. It took considerable work, but it turned into a far better story. I can see him now, sitting there, looking at me, and grinning.

Perhaps we needed an official study to tell us that authors hear their characters speak, and that sometimes characters can get a mind of their own and take over. But I don’t think this is news. For me, it’s been standard operating procedure.

Please tell me I’m not alone.