I knew I was in trouble when I saw my Commander waiting for me when I landed. I was a young, hot-shot fighter pilot and had just come back from having a great time…except for the whole break the airplane part. He didn’t say much as I walked up to him under the scorching Nevada sun, just “Follow me.”

Wordlessly, he scrutinized my every move from my inflight video tapes. I already knew that I had messed up because I had flown the jet harder than I should have and pulled too many “G’s”. In other words, in my youthful exuberance I had over-stressed the jet. 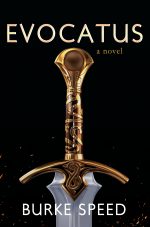 What I hadn’t counted on was his experienced eye dissecting every other little thing I had done which, unfortunately for me, included breaking the sound barrier in a place that I shouldn’t have! To be fair, I was chasing someone, so that should count for something, right?

After he watched my tapes, he motioned for me to follow him outside. I did, and he led me out into the middle of the parade area where there were lots of random people milling about. It was at that moment that he decided to unload on me, at the top of his voice, recounting every little thing that I had just done wrong. I actually felt sorry for the poor Airmen who had to witness this Colonel bellowing out a little Lieutenant in front of, well, God and everyone else.

I felt about 2 inches tall by the time he was done screaming at me. It was at that moment that he leaned in and, very quietly, said something that changed my whole understanding of the situation. He said, “I’m trying to get you a good assignment Lieutenant, but you’re going to have to listen to me if you want to make it.” With that he abruptly turned and walked away.

Aside from a few sympathetic looks from involuntary witnesses to the meltdown, I was alone left with an unsettling feeling that there was a lesson to be learned. The more I thought about it, the more I was sure there was.

What was it, and what does it have to do with writing?

First, I realized that if I am going to get better at anything, I am going to have to be willing to listen to uncomfortable truths. Sure, the manner in which it’s given may not always be the way that we want, but stay on the lookout for, and be receptive to, genuine, thoughtful feedback. That’s what one particular editor did for me. She didn’t yell at me (thank you!), but she didn’t pull any punches either, and her thoughtful critiques helped me tons.

Second, be careful where you choose to get your feedback. In this case, the Colonel was a highly regarded Weapons School (i.e. “Top Gun”) Instructor who knew what he was talking about. However, in my short writing career, I’ve already seen that the source matters. I’ve gotten wildly different feedback from various places, so you have to be discerning of the credentials and intent of the source if you truly want to improve the way you write.

Lastly, if you love it, stay at it. I could have decided that I didn’t like being yelled at (I don’t) and stopped flying, at least that aggressively. Instead, based on the feedback of a trusted source, I learned to control that aggression and used it to get better at what I loved to do. The same thing happened in my writing journey. I got some difficult, lengthy feedback and had to choose whether to quit writing or stay at it. (Spoiler: my novel releases in June!)

Some of our most uncomfortable experiences genuinely make us better than before. 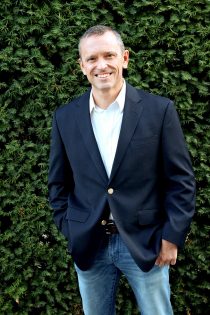 Burke Speed is a retired F-16 pilot and the author of the debut novel Evocatus, which will be released on June 23rd. In his free time Burke likes to fly and travel with his family, preferably to places near beaches or mountains (or both). Connect with him at burkespeed.com, or on Facebook, Instagram, or Pinterest.