I was recently asked to give an aspiring writer my best piece of writing advice. I could have told her to study the craft, told her the best blogs to follow, or given her a checklist of a thousand other steps to pursue her dream, but after much thought, I offered my best piece of advice: write from your scars. 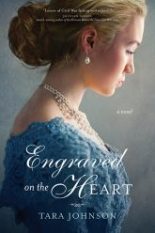 Not long ago, my four-year old son fell outside on the driveway and scraped his hand. At the sound of his wailing, his sisters and I ran to his side. When the girls tried to convince him to let them see, he covered the scrape with his chubby fingers and pulled away from them with a teary scowl. Why? Because he didn’t trust them. He’d been victim of their teasing enough to wonder if they would unintentionally make the hurt worse by poking and probing. Letting them see was too risky.

What do we do with a wound? Usually we try to hide it.

But when I walked up and knelt down in front of him with sympathy, he uncovered his hand to let me examine the damage. There was no way for me to give him the help he needed until I could understand how severe his injury was. Once he was brave enough to lift his pudgy fingers away, I could clean it, bandage it and kiss it until his tears subsided.

Because we live as messy people in a broken world, we all have wounds. Some are deeper than others. Some of us have lived with the crippling shame of sexual, verbal or physical abuse. Some have been told we’re unwanted or unloved. Some of us can’t seem to shake depression or are mourning the loss of a loved one. Some have a childhood that we barely survived or an adulthood that has left us disillusioned and depressed. Some of us are victims of our own horrible mistakes.

Just like Nate covering his scraped palm, we hide our hurt, wrapping our fingers around the searing pain, keeping it concealed and locked away from prying eyes. We don’t want anyone to know. The pain is too deep, the vulnerability too precarious.

But here’s the thing…God won’t heal what we are unwilling to expose to him.

This thought was forefront in my mind as I penned my debut novel Engraved on the Heart. The heroine Keziah Montgomery lives with the terror of epilepsy during the Civil War, an era which relegated most of its sufferers to the asylum. Keziah longs to help those trapped in slavery by working with the Underground Railroad, but her uncontrollable condition keeps her smothered in fear.

I battled epilepsy as a child. I’ll never forget the shame that accompanied those moments in elementary school when I would find two dozen pairs of eyes staring at me in horror because I had a seizure. I remember how frustrating it was to find a chunk of time yawning like a black hole in my memory. And I remember the helplessness of having no control over my own body. Just like Keziah, for years I fell for the lie “broken means worthless”.

I could have refused to delve into those old hurts and fears, gloss over the dark memories, but those moments of shame were wounds that needed the healing light of God’s love. And I knew going deep into those chasms of pain would bring others freedom if I was courageous enough to shine a light inside.

Scars tell a story. Be brave. Be courageous. Write from your scars. 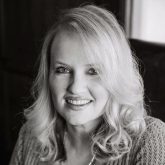 Tara Johnson is an author, speaker and recording artist.  A passionate lover of stories, she loves to travel to churches, ladies retreats and prisons to share how God led her into freedom after spending years living shackled as a people-pleasing preacher’s kid. She, her husband and children live in Arkansas.