William Shakespeare wrote the famous line, “What’s in a name? That which we call a rose by any other word would smell as sweet” in Romeo and Juliet. This seems to imply that names aren’t important. Truly though, would Pride and Prejudice be the same if it were Mr. Smith who swept Elizabeth off her of feet? If Dickens had chosen, the name Tom Jones instead of Ebenezer Scrooge the story just wouldn’t have as much of an impact. No, those iconic stories have created names with staying power.

I once read a book and the only thing I can remember about it is that one of the major characters had a difficult name that I couldn’t figure out how to pronounce and didn’t seem to fit the story. I can remember the experience, but not the book title or the character name. That book only had a negative lasting impact on me. That’s not what we want for the work we’ve put so much effort into.

We see the importance of names played out in the Bible also. While reading the old testament you will find that God often changed the names of people when He made changes in their life. Remember when He brought Abram and Sarai promised Abram that he would be the father of nations? At that time, he changed their names to Abraham and Sarah.

Then when Sarah was told that she would bear a child in her old age, she laughed. Months later when she gave birth to a baby boy, he was named Isaac which means he laughs. The significance of the name is not lost on me. I imagine God laughing in how He fulfilled His promise to Abraham and Sarah.

If names hold importance to the God of the universe, they should be important to us as writers when we’re choosing names for our characters. A lot of meaning can be portrayed in the names we chose. We can add depth to our stories by taking time to pick names that have meaning to our story.

Naming the people who populate your fictional world can be done in many ways, and there are many great articles out on the internet on things to keep in mind. Some ideas include considering the era you’re writing about, knowing the meaning behind the name, and not naming characters with similar names that might get confused easily. Ethnicity of your character, story location, and other regional distinctions can also play a role in your story.

Names are important to God and they are important to the story world. Name your characters with care and it can enhance your story. When it comes to your book, you really do want a character like Scrooge who will find their way into the readers mind and take up residence there. 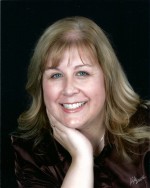