As an avid fiction reader and a fiction editor with more than thirty years in the Christian publishing world, I understand the power Christian fiction can have. Perhaps that’s one reason I’m concerned about a topic that can be a Pandora’s box of emotions and opinions—the message a fictional character’s response to sexually oriented advances sends to readers.

I’m not talking about horrifying criminal assaults against adults and children, although I support Christian novelists who bravely write about them. I’m talking about the portrayal of verbal or physical sexual advances designed to solicit and encourage cooperation from teens and adults. I’m also not saying these portrayals should never exist in Christian novels. When they’re appropriate to the story and audience, they should.

My intent is to encourage authors who portray such advances to ask themselves this question: What message do my characters’ responses—either immediately or eventually—to an inappropriate sexual advance send to my readers?

Judging content like this as I edit is not my place; authors decide with their publishing partners what’s appropriate for their story and their readers. Here, however, are two kinds of scenes I query with a polite, “Are you certain?”

Do I think these examples are true to life? Yes. I remember what it was like to have a crush on a boy, and many years ago, as a young married woman, I had an equally married man make a physical advance toward me. He was summarily rejected, but because I was embarrassed, I didn’t tell anyone about it for years, not even my husband. The desire to not confront a confusing, humiliating, or even frightening advance made by either a man or a woman can be strong.

Today I would encourage anyone to not only recognize how inappropriate and damaging such behavior is, but to tell someone they trust to help them appropriately deal with any such wrong they experience—for their sake, for the sake of the offender, and for the sake of others.

More to the point, and despite Pandora’s box, I want to encourage authors to consider what message they’re ultimately sending to readers with how their characters respond to inappropriate advances. After all, some of the power of Christian fiction is not only in teaching us how to recognize wrongdoing, appropriately confront it, and seek God’s healing and comfort for those wronged, but in highlighting the redemption God offers everyone, in every circumstance.

John 3:20 (NIV) says, “Everyone who does evil hates the light, and will not come into the light for fear that their deeds will be exposed.” But then James 5:20 (NIV) says, “Whoever turns a sinner from the error of their way will save them from death.”

Some of the power of Christian fiction is not only in teaching us how to recognize wrongdoing, appropriately confront it, and seek God’s healing and comfort for those wronged, but in highlighting the redemption God offers everyone, in… Click To Tweet 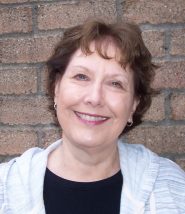 With three decades of experience in Christian book publishing, Jean Kavich Bloom is a freelance editor and writer for Christian publishers and ministries (Bloom in Words Editorial Services). An aspiring novelist, she contributes to the ACFW Indiana Chapter’s Hoosier Ink as well as to The Glorious Table, a community blog for women.