MEMBERSHIP
CONFERENCE
CONTESTS
CHAPTERS
STORYFEST
Home Blog What If All We Had Was Dialogue?

For three decades, I wrote scripts for a daily 15-minute radio broadcast. The first portion of the broadcast was a slice-of-life scene by two women walking through the kinds of things life can throw at any of us. Following that scene, a musical interlude segued into devotional thoughts related to that day’s theme.

The scenes were all dialogue. Just the two radio voices. No narration. Everything about the story had to be communicated solely through the communication back and forth between the two women, playing different characters each day. 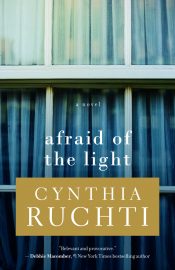 Within seconds of the scene’s beginning, the radio listener needed to know:

Conversation forms the bulk of human connections, including those in our households. (Yes, texting is technically conversation.) In real life, no one is describing the scene to us or filling in the other person’s point of view or letting us know what’s unsaid. We rely heavily on dialogue—or lack of it—to read the relationship and form our actions and reactions.

Have you ever challenged yourself to write an entire scene using nothing but dialogue? Practicing the art of dialogue-only can ramp up both your storytelling skills and your readers’ sense of presence.

Watch the following dialogue-only for the wide range of important storytelling techniques.

“Did you have to slam the door?” [Reader sees it’s a tense scene already.]

“Don’t start with me, Laurie.” [Somebody—roommate, sister, boyfriend, husband—is irritated and the other character’s name is Laurie.]

“You’ll wake my baby. It took me two hours to get her down for the night, which you would know if you’d been here.” [Laurie is young enough to have a baby. It’s nighttime. Baby must have been fussy, which adds to the tension. And we assume it is their home.]

“Our. Our baby.” [Ah! The other person in the scene is her boyfriend/husband…and he’s calling her out on her possibly inadvertent or intentional use of the word my.]

“Sometimes it’s hard to remember that, you know?” [Although we don’t know if she said this in loud anger or a soft whisper, either way, it shows her wound and her attitude toward her boyfriend/husband.]

“Not the right time for this discussion.” [Short and clipped. He’s shutting down. But we don’t yet know why.]

“Derrick, when is it ever the right time?” [His name’s Derrick, but that was revealed in a perfectly logical spot, not right off the bat. In normal conversation, we far more rarely use each other’s name than shows up in most novel-writing.]

“Don’t walk away from me. On second thought, go ahead. I don’t have the energy for you right now. Laurie? Laurie, wait.” [Derrick is ticked, then resigned, then has a change of heart, and the reader starts to wonder if he might have some redeeming qualities after all.]

“What?” [She cares enough to find out what he had to say.]

“I hate it when you cry.” [Ooh. Does Derrick have a softer heart than it seemed?]

“You mean, you hate to watch me cry?” [Laurie is skeptical of his motives.]

“I hate . . . knowing . . . I’m the reason for your tears.” [And boom! All of a sudden, without knowing any more, the reader’s heart is more empathetic toward Derrick. He’s conscious he’s the cause of who knows how many sadnesses in their relationship.]

Retrace this scene to note how few words were spoken. How little else we know. But a lot can be communicated even if all we have to work with is dialogue. 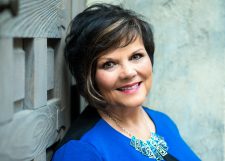 Cynthia Ruchti tells stories hemmed-in-hope through novels, nonfiction, devotionals, and speaking events for women and writers. She is the professional relations liaison for ACFW and a literary agent with Books & Such Literary Management. She and her husband live in Wisconsin, not far from their three children and six grandchildren.