Writing through grief and loss is not only difficult, but at times, impossible. Toss in health issues and loss of family members, and it’s a recipe for abandonment of not only writing but all normal routines.

I had spent the fall of 2016 working on my current project, a manuscript titled Wheels of Home, but the new year started with annual checkups for both my husband and me. Since specialized medicine has evolved, that’s a lot of doctors’ visits–times two. And if any test numbers were a little “off,” that meant additional appointments and testing. 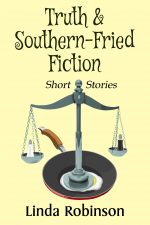 Also in mid-January, I had health problems that required weekly visits to yet another doctor for ten consecutive weeks, thirty minute daily walks, and other issues. A month later, our beloved fourteen-year-old Maltese dog, Joy, started having health issues too. Two rounds of different antibiotics finally made her better, but then she had other problems and became seriously ill. The vet wanted to keep her in hospital, but I refused to leave her. Therefore, for eight days we had to take her back each morning for three injections, subcutaneous fluids, and force feeding.

I spent all spare time with my best friend. She got better for ten days and then she relapsed. We found out she had a severely enlarged liver (probably cancer), but we refused to put her through chemo treatments at her age. We had a terrible decision to make–whether we wanted to do the humane thing or keep her alive for the two or three months she might live (with a poor quality of life) just because we couldn’t let her go. The choice was heartbreaking. I abandoned all normal routines, including writing, and grieved for my faithful, sweet baby who had given us unconditional love for so many years.

As I write this blog, it has only been nine days since we said goodbye to our best friend. We’re still grieving and would give anything to have Joy back–healthy, of course. Additionally, this is the one year anniversary of the loss of our grandson–on Mother’s Day. Sadness seems to consume us some days.

But I know that God does not put more on us than we can endure, and he is with us through it all. I know that life goes on, and the sun will shine again. While we’ll never forget our losses, through faith and prayers, the good memories will one day let us smile again.

Have any of you endured a devastating loss and yet managed to write again? 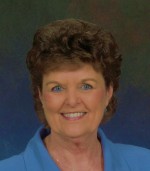 Linda Robinson, author of six published novels, is a member of her local Writers’ Forum, ACFW, and Scribes. She guest blogs and writes fictional and non-fictional short stories for magazines and contests. Her latest book, a compilation of short stories titled Truth & Southern-Fried Fiction, released in September 2016. Connect with Linda on Facebook and Twitter.