My wife and I have been to England several times for vacation, but this time it was vacation with a book twist.

Shortly before we left, I had finished a manuscript and turned it over to the publisher. The story is set in Britain and mostly London. But it was with a huge feeling of relief that I hit the send button on email and winged it off to the publisher.

Two weeks later, we left for our vacation.

And I had a plan. I wouldn’t spend the entire vacation doing book research, but I would pay close attention to certain locations. I wouldn’t do it for the purpose of book research – the book was written and submitted. But I was considering what comes after the writing and editing – the marketing effort. 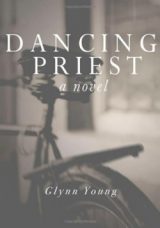 Every author I know hates marketing. Writing is a solitary occupation, and it doesn’t teach you how to lean on people for favors, ask people to review your book, seek advance readers, plot our social media campaigns, consider how best to promote with traditional media, grow your platform, or create and grow an email subscription list.

Before leaving, I was trying to wrap my head around how to make marketing fun, or interesting, or enjoyable, or something that might benefit people (in addition to benefiting the book).

I did finally work out a plan, and it involved critical scenes in the book. And it required awareness, scheduling, and being open to serendipity. One early scene in the book involves arriving at Heathrow Airport.

If you’ve been to Heathrow, you know what it’s like to walk those long hallways from your overseas flight, in something of a stupor from jetlag, arriving and waiting in line at U.K. Border Control, getting your baggage, finally exiting through Customs, and then stumbling as you look for transportation.

This time, I paid attention (as closely as I could in spite of jetlag). I noted changes since our last visit. I noted the different lines at U.K. Border Control, not just the one I was going to. I made a note about how you exit from Customs directly into the Duty-Free shop (someone must pay a fortune for that space). I looked at the different shops in the terminal, noting which ones would be different from an American airport. I noticed all the people walking through the terminal. I listened to the cacophony of voices – virtually every language in the world can be heard at Heathrow. I even counted the steps from the terminal to the taxi stand (143, if you’re interested).

What will (I hope) result from this research? A promotional effort for the book that includes, among a lot of other things, a discussion of what to expect when you arrive there.

Something similar is planned for the settings of other critical scenes in the book – Southwark Cathedral, St. Bride’s Church, law offices in the Temple, the Victoria Memorial in front of Buckingham Palace, and others.

This isn’t the only part of the marketing plan, but it is an important one – the idea that marketing a book should include something of value for the people (and readers) you’re trying to reach. It’s not just about your book.

Glynn Young is a national award-winning speechwriter and communications executive. He is the author of three novels, Dancing Priest, A Light Shining, and the forthcoming Dancing King, and the non-fiction book Poetry at Work. Visit Glynn at Facebook, Twitter, his blog, and his business web site.