Have you ever kept a secret from your mom as a kid? I did one time…

Once again, I didn’t listen to my mom and decided to take our friend’s 5-speed bike for a ride. We had pleaded with Mom, but she wasn’t ready to let us have one yet.

I straddled the bike, rode to the end of the street, and turned down Buckingham. I would just ride for partway down the hill. Ummm…bad move. I pressed the handle brakes to stop. Nothing happened. I tried again. The bike was gaining speed down the hill toward a busy intersection.

“M-O-M-M-Y.” Not that she was within earshot, but I yelled anyway. 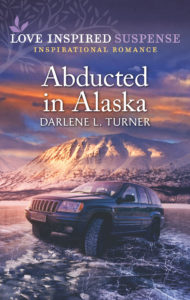 busy intersection. I believe God stopped the traffic for me that day.

We kept this secret from our mother. I knew I was wrong and did tell her eventually. Yes, she scolded me but was thankful I wasn’t hurt.

In both Border Breach and Abducted in Alaska, my characters hold secrets from one another. Secrets that come between the hero/heroine and stop them from moving forward in their relationships. Why do we give our characters’ secrets? Here are some reasons I’ve discovered.

Creates tension – When our characters realize the other is holding out on them, secrets ramp up the tension in the story, creating conflict. The hero and heroine don’t feel they can trust each other which holds them back from sharing their innermost thoughts. It can also keep them from working effectively in solving the murder case or whatever conflict is thrust upon them. The author needs to keep them apart until close to the end to get that effective HEA.

Keeps the reader guessing and turning the pages – The author should keep the secret not only from the characters but the readers. This adds excitement to the story, especially when the secret gets in the way. However, we also don’t want to annoy the reader, so perhaps let them in on the hero/heroine’s situation before the character shares.

Builds the character’s arc – In Abducted in Alaska Hannah Morgan receives a devastating blow she’s not ready to divulge to anyone. She’s still in the process of dealing with the heartache, so she decides to keep it a secret. She goes through a plethora of emotions, but in the end, after she’s dealt with the secret, the process makes her stronger.

It’s authentic – Why do we keep secrets? Are we scared people will think less of us if they knew our whole story? This is the same for our characters and makes our story more believable. The reader can relate to our character holding back from baring all because they’ve probably been there. It’s real.

These are just some of the reasons to use secrets in our stories. I would also add…just because it’s FUN! J Hidden mysteries add an excellent dimension to the layering of a novel, creating better reads. Don’t be shy to add them in here and there!

What other reasons should we use secrets in our stories?

Secrets that come between the hero/heroine and stop them from moving forward in their relationships add an excellent dimension to the layering of a novel, creating better reads. Don't be shy to use them! @darlenelturner #ACFWBlogs… Click To Tweet 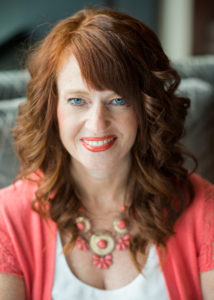 Darlene L. Turner’s love of suspense began when she read her first Nancy Drew book. She’s won the Daphne du Maurier Award for Excellence in Mystery/Suspense twice and an ACFW Genesis award. She’s represented by Tamela Hancock Murray of the Steve Laube Agency. Darlene’s debut book, Border Breach, released in April, 2020 with Love Inspired Suspense. She has two books releasing in 2021: Abducted in Alaska (March) and Lethal Cover-Up (August). She met her husband Jeff at the turtle races in Ontario, Canada. She loves flavored coffee and plaid shirts. Connect with Darlene at www.darlenelturner.com where there’s suspense beyond borders.