MEMBERSHIP
CONFERENCE
CONTESTS
CHAPTERS
STORYFEST
Home Blog Tying It All Together: Wrapping Up a Series of Beloved Characters

As I was pondering what I’d like to write about in this blog, my email blinged several times. Inspiration hit immediately. Several new email had come in through my website from readers. Under the Midnight Sun just released this month (January 1) from Bethany House and the letters have been pouring in. My favorites are in a stack on my desk that state the only thing they disliked was that the series had come to an end. It’s been amazing to see how the book has touched people’s lives, but also fun to see the questions readers 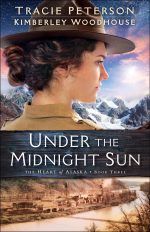 “How hard was it to say goodbye to these characters that we love so much?”

“Was it hard to tie it all together at the end?”

“Why can’t it go on? There’s enough characters for us to enjoy for years to come?”

“How did you keep track of all the details when there were so many people throughout the series?”

So naturally, these questions urged me to talk a little bit about writing a series and wrapping it all up.

If I were to answer that first reader question it would be a resounding yes. Very hard to say goodbye. Tracie Peterson and I have invested three years of our lives to this series. The characters are like family. It also has special meaning because we lovingly call the Heart of Alaska Series the “Cassidy series”—after Cassidy Hale, a fifteen-year-old in our church who was killed when she was hit by a truck. The first heroine in In the Shadow of Denali is named in her honor and memory in addition to a special dedication at the end of the series.

To answer the second question, I would have to say—no… and yes. We loved the characters so much that we wanted everyone to have their story. But it was hard in the sense that we had to keep track of everything in all the stories of all the different characters. This is where keeping copious notes was extremely helpful. Because we wrote a lot of characters. Not only was there a hero and heroine for each story, but lots of secondary characters were involved. The cast of characters grew as the series went on. And of course, we can’t forget the villains.

I have to say: I love writing series. I love the plethora of characters and the depths we get with each one because of the time spent with them. It’s hard to say goodbye and see it end.

But who says it has to be the end?

Hmmm… Perhaps we may return to the Curry Hotel in Alaska. You never know. Maybe one day.

That’s the beauty of being an author. There’s always another story to tell. 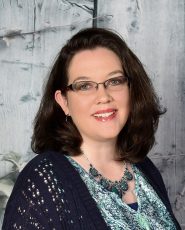 Kimberley Woodhouse is the best-selling author of more than fifteen books who loves the JOY of story. A lover of history and research, she often gets sucked into the past and then her husband has to lure her out with chocolate. She lives and writes in Montana. Visit her at https://kimberleywoodhouse.com .