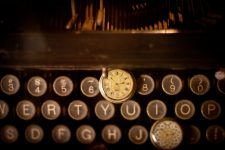 I’ve been thinking a lot about ‘time’ in the last few weeks. It seems to speed up after Thanksgiving. There aren’t enough hours in the day or dates on the calendar before Christmas. The end of the year looms ever closer and there’s always too much to do and too little time in which to do it. The hands of the clock start flying. Intellectually, I know this is utter nonsense. 60 seconds still makes a minute, even in December.  It’s all a trick in my head. Perhaps it’s because this is one of my favorite times of year and I hate to see it go so quickly, or maybe it’s because I take on too much (every time). Who really knows?

New Year’s day arrives like a sigh of relief with a twinge of regret. I live in New England where winters are cold and dark. The beauty of Christmas, both the sacred and the tinsel-derived, is needed when the sun sets at four in the afternoon. It’s difficult to leave the twinkling lights and big red bows behind when you know what’s ahead in January. More darkness and coldness. It’s good that, for all its joy, the New Year offers something that December lacks: more time.

I know that it’s simply my perception and that time is playing a game with me again, but this one I like. I imagine the next year as free and clear of expectation as if it were a blank page. As authors, we often fear the blank page, the open document with nothing typed into it. There’s can be pressure in its emptiness and its expectations. Writers often find themselves sitting at the desk, fingers on the keys, and inspiration (that flakiest of all friends) fails to show. 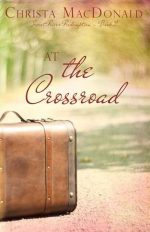 Last year inspiration’s fickle attention paralyzed me at times, but it taught me a hard lesson. If I wanted to finish my book, I was going to have to go it alone. Why? Because ‘time’ (with apologies to Einstein) is a constant for all practical purposes, and it passed whether inspiration showed up or not. Writers write. That’s our job. To change my thinking I had to first let go of the fear. I had to see the blank page as a friendly thing, a clean slate. Every empty expanse was a chance to write something great.

We authors often struggle with a work in progress that won’t seem to…progress. My advice? Put the words on the page. When you’re facing a deadline and the hands of the clock have started to spin (time playing its game), sit down with pen, keyboard, or headset and put words on the page. They may be awful, and you may even cringe as you type, but the truth is that you can’t edit words that aren’t there.

If you’re in the spot where you just can’t seem to do it, consider recharging your creative brain. Reading is a great way to refill the tank. So is talking with other authors, creating an inspirational collage of photos, assembling your novel’s soundtrack playlist. These are all helpful, but they do burn time. Be sure to set an alarm on your PC, or even an old-fashioned kitchen timer, and limit yourself. When the buzzer rings, get back to work. It might take a while before the words flow easily, before you feel the joy again. Just hang in there. Don’t let the expectations drag you down. Remember that every page is a new page, a blank one, empty of expectations.  It’s a new year, and a new start so write, writer. 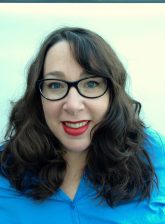 Christa MacDonald is a 2017 Carol Award finalist. When not working or writing Christa can be found ferrying her kids around, reading, or attempting something crafty. The Broken Trail, published by Mountain Brook Ink, was her debut novel. Her second novel, At The Crossroad, released in October, 2017.