Several weeks ago during an author Q&A, I was asked to name a sport to which I’d compare my writing journey. I didn’t even have to think about it: hockey.

It’s possible I gave this answer solely because only days earlier I’d been part of an extended—and hilarious!—conversation about The Mighty Ducks movies. Nineties kids say “hey!”

Anyway, in answering that question and comparing my writing process to hockey, I talked a bit about how I often get in fights with my characters. Which I do. This is normal, yes? I mean, sure, I love my fake people but we don’t always get along. And more often than not, when I’m fighting with my characters, it’s because I plan for them to do or say one thing on the page…and they go and do or say another. 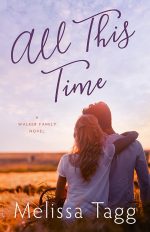 Really, though, this is a good thing. Anytime our characters up and challenge our preconceived notions of where their journeys ought to go, it’s a good sign that the story is coming alive…telling itself. It’s one of the most magical parts of writing.

But it can be frustrating too…especially if you’re on deadline or trying to stick to a daily word count or even just simply finish the book, darn it!

So in case I’m not the only one who sometimes has trouble getting along with fake people, here’s what often helps me make up with my characters:

-I give them space to talk. I’ve had a couple different editors throughout the years point out that sometimes near the end of my scenes, I pull back too quickly, cut out too soon. I’m trying to learn to push my scenes further…to ask my characters if they need to say more and then let them say it! In other words, no holding back. And that freedom has had great and hopefully impacting results.

-I stop pushing my own agenda. It’s so easy to go into a story with set plans for our characters. Maybe there’s an epiphany we want them to experience. A lesson to learn. A theme to explore. But sometimes (or always) our stories go places we never planned. And I think the best things happen when we loosen our grip on our characters and let their reactions, emotions, and epiphanies breathe on their own.

-I close my laptop. I know, silly, right? But man, sometimes just pushing away my Macbook, closing my eyes and simply letting scenes play out in my mind has amazing effects. I’m sure I look hilarious, but when I let my imagination carry me into my character’s head—and her heart—we connect. That’s usually the moment I realize she’s right about her story and I’m wrong and everything gets better. 🙂 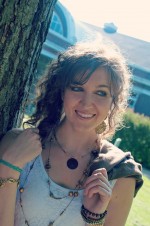 Melissa Tagg is a former reporter, current nonprofit grant writer and total Iowa girl. Her books have made the Amazon bestsellers and Publishers Weekly Top Ten lists. The final book in her Walker Family series, All This Time, releases next month. Connect with Melissa at www.melissatagg.com, on Facebook and Instagram.