“The only rule I have found to have any validity in writing is not to bore yourself”—John Mortimer.

If you follow Mortimer’s rule not to bore yourself, chances are good you won’t bore your reader either. So how do you make certain your reader stays hooked throughout your novel? The basic answer is to have a great plot with intriguing characters and high stakes. You must have at least that much to begin with, there’s no other way around it.

But to fine-tune it, add these three tips:

Everything in your scenes should have a purpose, and the primary purpose is to move the 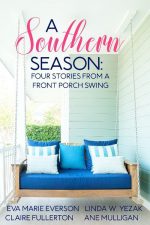 plot forward. So if you’re describing something that doesn’t pertain to the plot, take it out. I remember reading several pages devoted to a rope in Herman Melville’s Moby-Dick. It was supposed to be symbolic. I never caught on and it bored me to tears. I still don’t understand the scene. Recently, I read the equivalent of the rope scene in another book in which the character spent an unusual amount of time brewing tea. Not much else was revealed. A little chit-chat with another character. Nothing much. Made me want a cup of chamomile, though.

Action should advance the plot, reveal character personality, and/or rev up the stakes. Add emotion to the action to show how it affects the character, and you’ve got a solid hook. Do the same scene by scene, and your reader will stay with you.

Your action doesn’t have to be major, like a car chase or a mountain climb. In one book I read, Rooms, by James Rubart, the novel started with the main character tapping an envelope against the palm of his hand and wondering what to do about the contents. That envelope contained an invitation to a life-changing event, and the action of tapping it illustrated the turmoil in the character’s mind. Should he go or not? As he thought, he tapped.

Paragraph upon paragraph of description can be boring, especially if the author is describing something that needs only a word or two to bring the reader into the story world.

Of course, the obvious purpose of description is to give the reader an image of the setting, but it can do so much more. In the novel I mentioned above, the author mentioned the character’s corner office with a panoramic view of the Seattle skyline. Based on that alone, I knew immediately that the main character was some sort of exec in a huge business, was successful, and was probably rich. Had he given a quick one-line view of the neighboring brick wall the character’s window opened to, I’d have a different image both of the setting and the character. It doesn’t take much.

Description can set tone. Autumn leaves can dazzle your reader with color or depress her with thoughts of death and decay. It’s all in the word choice.

Giving the character’s entire backstory up front can be both boring and forgettable. If your reader manages to stay with the novel, by the time she reaches the part in the plot where the life-changing event from the character’s past comes into forefront, she may not remember what the event was. Best to move aspects of the backstory closer to where they’re most relevant.

Sometimes the backstory is important because the character’s growth from that point is central to the story. In the novel, To Be Sung Underwater, by Tom McNeal, the entire novel is about the man the woman loved in her past and her quest to return to him. The writer provides 212 pages of backstory labeled as Part 1, but without it, the rest of the novel would be senseless.

Sometimes, even though the backstory is vital for character growth, when it’s revealed is more important. In The Memory of Water, by Karen White, all the characters live a lie based on their reaction to a major event of their past. One character is overly charismatic, another overly conservative. They come together to face the major event that we readers don’t discover until the book is almost ended.

Learning whether to use the backstory, how much, and when are vital keys to keeping your reader invested in your novel, just as learning how to effectively use description and action. Braiding these three strands together effectively gives you the tools necessary to combat reader boredom.

Linda W. Yezak lives with her husband and their funky feline, PB, in a forest in deep East Texas, where tall tales abound and exaggeration is an art form. She has a deep and abiding love for her Lord, her family, and salted caramel. And coffee—with a caramel creamer. Author of award-winning books and short stories, she didn’t begin writing professionally until she turned fifty. Taking on a new career every half century is a good thing.