Ten years ago, my husband asked if I’d like to write a novel with him. Mind you, this is a man who rarely reads anything other than the Bible. Don’t get me wrong, he loves fiction—but only in the format of movies. What did he know about writing books? I snorted and told him to go ahead and write his story, that I’d just correct the spelling and grammar.

We published our trilogy this May. Notice the pronouns—we, our. Yep, I finally accepted his offer and we became co-authors of three novels eventually published as a box set. That alone is an interesting story, but it will have to wait another day. Notice also that we started ten years ago. That’s ten years of learning many lessons on writing, and I’d love to share some of them to encourage you on your journey as writers.

No, the first one isn’t to write with your spouse. I’d have to include lessons on marriage in that case. So, the first lesson, the foundational one, is to invest the time to learn to write well. I’m a sucker for buying inexpensive books written by self-pubbed authors, and I can tell you few of them made that foundational investment. It shows, and I suspect their sales confirm it.

My husband and I are self-pubbed, and while we’re far from rich, we can put food on the 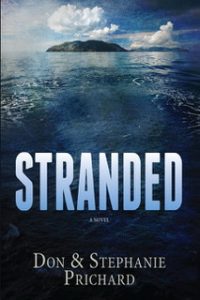 table. The secret? Well, we learned to write well! We bought books on writing and studied them. We attended writers conferences. We paid to participate in online writing classes. We got into a critique group and eventually found a permanent critique partner. We hired an editor to scrutinize our final draft. All this before we published our first novel.

The result? Our first book, Stranded: A Novel, has over 1,180 Amazon reviews with a 4.5 out of 5 rating. No big head here, though. The next two books have far fewer reviews, although I rationalize that’s because they’re not stand-alones but part of the trilogy, LOL!

Two other encouragements for you. First, the plot. One of the writing-well skills I honed was to end chapters with a HUGE enticement to keep reading. As the author, I asked myself what last sentence could I write that would have the reader so curious she had to turn the page. If you read Stranded’s Amazon reviews, you will see the descriptions “page turner,” “couldn’t put the book down,” “stayed up late/all night” over and over again. Readers love that kind of book. Work on it!

Second, a character’s emotions. I know, I know, it’s tiresome to be told over and over, “Show, don’t tell!” Our critique partner knocked us over the head more often with that criticism than with any other. The light bulb went on when I learned the skill of using signals from the character’s body. A tight throat. Increased heartbeat. Twitch at the corner of the mouth. Burning inhale. Clenched hands. Wobbly knees. And so on. Two good goals are accomplished by using body signals. The reader identifies with the signal and as good as “feels” the emotion herself. Just as important, she enjoys interpreting the emotion from the body signal instead of being told what the emotion is. Don’t say, “He was scared.” Say, “His heart pounded.”

Hoo, so many more lessons I’d love to share! But with hindsight, I value these three the most. Invest, entice, and emote. Doesn’t matter what kind of fiction you write, these three will help you offer your reader the best. 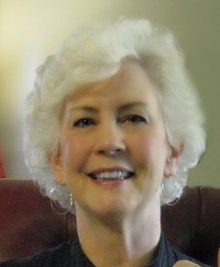 Stephanie Prichard and her husband co-author Christian suspense colored with hefty doses of romance. Way back when, Stephanie wrote a grammar column for ACFW, as well as humorous devotionals for online Christian magazines. She and Don have three sometimes-grown-up children and twelve adorable grandchildren. They live in Indianapolis and eat chocolate.