MEMBERSHIP
CONFERENCE
CONTESTS
CHAPTERS
STORYFEST
Home Blog The Triple: An easy way to add a hit of humor during revision

Some time ago, I braved a network of freeways to visit my grown son. He met me at the door with a toddler in one arm and a naked baby in the other. He stood back, welcomed me in, and said, “Can I get you something, Mom? Coffee? Tea? Diaper?

That was my first taste of the oh-so-powerful Triple. Three parts. Two go in a single direction [coffee and tea are similar], and the third item [diaper] goes off on a tangent or even a verbal U-turn. The bigger the incongruity with the first two parts, the funnier it is.

And it doesn’t have to be belly-laugh funny to power-up your prose. Even mild hits of humor add zest. Sometimes, it’s not so much humor as subtext. At my son’s door, I laughed, but I knew he was also yelling for help.

A well-timed Triple can also add likeability to characters  and gentle humor to soften tough subjects.

The Triple is easy to create

So an easy revision tactic is to review a draft of the novel or story or speech or picture book you’re working on. Find an instance of a word or phrase used twice. And insert a third instance.

The point-of-view character is Mitch, a 15-year-old boy. He’s on the porch talking to an old man.

“Aunt Agnes never skips a meal.” I dropped my voice; she could hear porch conversations through her bedroom screen. She could hear a mosquito in the back forty.

It’s a good passage.  This is worth pumping up.

The first instance is normal, and the second is a fun hyperbole, so let’s add a second normal phrase between these two to make the passage gently funny.

Note how in this example, the exaggeration escalates. When Charlie discovered how much fun it was to write triples, he realized he could make habitual exaggerating part of Mitch’s character. Bonus!

From Maricela and the Yo-Yos by Isabel O’Hagin: Maricela is a 12-year-old Latina suddenly forced to move. This is her first view of the new neighborhood.

The Triple powered up by context

“push a plow, milk a goat, and, most importantly, think for herself.”

Not much punch alone.  But when you know Elya took heroic efforts to win the heart of another young woman who didn’t know how to think for herself, the line resonates.  It’s mildly humorous and satisfying because a favorite character has gotten his due.

The Literary Gauntlet is Down

I’d love to hear from you. In your WIP, add a Triple. Or two! Post your before and after, so we can all enjoy the power-up.

“A final revision strategy: find the best parts of the story and pump them up.” @teresamcrumpton #ACFWBlogs #writetip Click To Tweet 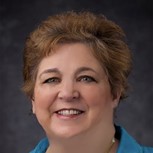 Whether you’re drafting your first story or publishing more often than John Grisham, Teresa will edit for you and work with you to take your writing to another level of excellence. With an MFA in Writing, she offers creative, compassionate no-nonsense coaching (OK, some nonsense; it depends on the day). She works one-on-one and in group workshops and seminars. Really any size group is OK, and you can call it whatever you want: focus group, writing buddies, creative coven—(Maybe not that last one.) The point is Teresa likes writers. You can visit her on her website or reach her at  teresa[at]authorspark[dot]org.