Anytime I prepare to write a new book, the matter of research comes up. What do I need to know to accurately present my main characters? Jewish background and customs are more familiar since I have written about several Jewish women in the New Testament, among them Martha, Ruth, Mary Magdalene, and Mary the mother of Jesus. This time the Lord impressed on my heart to write about Lydia, the seller of purple in Acts. She was a Gentile and the first Christian convert in Asia, since she was living in Philippi at the time she met Paul and was converted from a Godfearer to a believer in Christ. She sold purple cloth. This expensive fabric was used on the togas of the elite upper class and because of the cost, only the Emperor himself could wear an entire purple toga.  I began to delve into the dying of fabrics in Lydia’s time, the amount of mollusks it took, the slaves sloshing around in the gooey purple mess, their legs turning purple from extracting the dye. It was like a farmer harvesting his grapes and then women smashing them with their feet in a winepress to extract the juice! Different plants were also use for different colors, but because of the number of mollusks needed to make the purple dye, the process was tedious and costly. 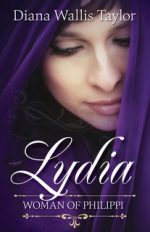 In the Roman world of Thyatira, women were not seen as business persons until later. So how did Lydia come to own a business that sold purple cloth? What was the reason her father might have taught her the dye business? Did he not have a son to inherit, or if he had a son, was he not interested in continuing his father’s trade? How did Lydia come to move to Philippi, and why or how did she become a Godfearer? Like all writers of historical fiction, one question leads to another. A brother more interested in the Roman army than a smelly dye business; A Roman father, but a Jewish mother who would have taught Lydia the Jewish faith and taken her to the synagogue.  The possibilities were endless.  In the Scriptures, Lydia did not appear to be married.  Was there a marriage in the background, a child? How did she come to move to Philippi? In answering these questions, a story began to form in my mind, a picture of Lydia, first as a young girl and then as a mature woman in charge of the business of making purple cloth. Then there was the question of a love interest. Philippi was mostly a community where Roman soldiers retired after their service. Customs, money, clothing would all be what Lydia was familiar with.  Enter Matthias who is Greek but hiding a secret and not who he appears to be. Ah, a little intrigue spices the historical stew! Lydia, Woman of Philippi was a delightful challenge! 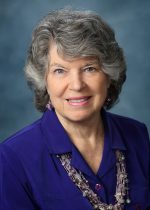 Diana Wallis Taylor, an award-winning author, has published six books of Biblical Fiction and has just completed her seventh. Lydia, Woman of Philippi releases in October. She has written three other books of fiction, a book of poetry and a book on Halloween. Along with her books, her writing has appeared in various compilation books and magazines. Diana recently completed an Easter cantata, “Glorious”, with her fellow collaborator, Carolyn Prentice, who wrote the music. She enjoys speaking and sharing her heart with women of all ages. Diana lives with her husband, Frank, in San Diego, California. Between them they have six grown children and nine grandchildren.