A few weeks ago, I noticed a book by Sue Hubbell discounted on BookBub. I’d enjoyed one of her other books, so I purchased A Country Year: Living the Questions and settled down to read. The writing was every bit as good as I remembered, but as I savored the words, my mind kept flicking to a dear friend of mine.

Has that ever happened to you? Have you ever been reading a book and wished with all your heart that you could share it with a friend? It happens to me all the time—I love to play matchmaker when it comes to my books and my buddies. And this was a match made in heaven. I knew Clarissa would adore this author! 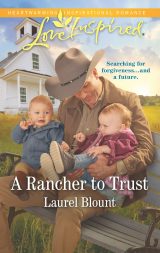 I messaged Clarissa, including a link to the book on Amazon. “Just read a few pages,” I urged. “See what you think.”

She messaged me back almost instantly. “I read one page and had to buy it!” Sure enough, she’d fallen in love.

Over the next few days, she contacted me several times, exclaiming over various parts of the memoir. Just as I’d suspected, she identified strongly with Hubbell, whose life experiences and personality were very similar to her own. Before a week was out, she’d purchased every book Hubbell had written.

In a smug glow of self-satisfaction, I decided to look up the author and see what she was writing these days. Google informed me that Sue Hubbell had died the previous year. She’d been in her mid-eighties, and according to her son, she’d been suffering from dementia toward the end.

I was deeply saddened—and oddly shocked. It seemed strange that the person who’d penned such sturdy, vibrant words could be gone. I felt like you might feel if you’d had lunch with a friend and then found out the very next day that she’d passed away. How can that be? We were just together, and she was fine! I didn’t have the heart to tell Clarissa that the kindred spirit she’d just discovered had left us.

Then I realized—she hadn’t. At least, not entirely.

In her books, Sue Hubbell is still tending her bees, processing her honey and her life with equal parts honesty and hard work. I “met” her in her books many years ago when she was still living her vigorous country life, and my friend “met” her posthumously. However, both Clarissa and I heard the same strong, clear voice and went on the same Missouri adventures.

My friends often tell me that when they read my books, they “hear” my voice in their heads. “It’s so weird,” they say. “It’s like you’re right there, talking to me!” Some of them say they enjoy that—some probably want to throw the book across the room. Either way, it makes you think, doesn’t it? Because those voices, those snippets of ourselves that we leave in our stories, will outlast us here. For some people, our books will be the only bits of us they’ll ever have the opportunity to know.

I pondered this for several days. What will future readers hear in my voice? I certainly hope they’ll hear love, friendship, humor and joy—that they’ll feel, as Clarissa did, that they’ve discovered a kindred spirit.

Then it dawned on me. As a Christian author, my biggest hope should be that the echoes of my voice will gently nudge folks in the direction of Jesus. I do hope that—with all my heart—and from this point on, I’m going to be even more intentional about it. 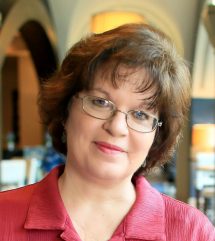 Inspirational romance author Laurel Blount has been awarded the Georgia Romance Writers’ Maggie award and has been a finalist for the Carol award, the Holt Medallion and the New England Reader’s Choice Award. Stay in touch by subscribing to her monthly newsletter, full of news, down-home recipes and fun giveaways!