You’ve been there, I know. Those moments of extreme manuscript fatigue. You just want to walk away.

I get these emails. Stop me if you’ve heard this one.

You: I will never finish this book. And it doesn’t matter, because it’s no good! The writing’s crap! The plot’s crap! The dialogue’s crap! I think I’m just gonna stop this writing torture and take up knitting. Gaaah!

Me: I understand. I do. Come over here and sit by me, sweetie. (Pats couch.)

You: I’m really struggling with the last couple chapters of [name of YA novel].

You: My other books had such purpose. Child abuse. Single mom. Teen bullying. They have messages. But [name of YA novel] doesn’t. At least, not yet. I guess if I had to stretch for it I’d say it’s to help teens believe in themselves, to find what they’re good at and use their abilities no matter what’s in style. But is that enough? (sighs)

Me: That was my editor answer, but let me tell you one more story. My first husband’s youngest child is a girl genius (no joke). Likes to read. Some years ago I was working on some YA that was very, very dark. I disliked it, frankly, but my personal preferences don’t matter, really, when I’m editing. The elements of a good story and good writing are what they are. But there was something about it that concerned me, and I asked her if she’d read it for me. I said, “It’s dark.” And she looked at me like I’d missed something obvious and said, “Some of us like the dark stuff, Jamie.” Honestly, it was a revelation.

You: So I should just finish it and see?

Me: Yes. My point is, there’s a novel for everyone. Don’t overthink this. Write the story that’s asking to be written.

You: But it’s so hard to push on. I sit at the desk and nothing comes. Am I just sick of it? Is that normal?

Me: Yes, and yes. It’s OK. You’ll move past it in the natural flow of events. The Boy, a professional musician, told me at some point after college and before starting grad school that he was sick of his instrument and he might not go on with it. I quietly freaked out, then called his professor (with whom I have a friendship). He just laughed. “They all say that, Mama,” he said. “Don’t worry.” He was right, they do all say it and some of them mean it, but the Boy didn’t, and you don’t either. I know you’re just floating a trial balloon. (We humans have to role-play. That’s why reading fiction is so good for us.) You will be reenergized at some point.

You: Is there anything I can do to get to that point sooner?

Me: I’m a fan of the “look away” method. Stop thinking about it, take a break, set it aside. When I’m writing blog posts, if I realize I’m not making headway, I stop working on it and work on something else instead. (Something that doesn’t feel so much like work.) I have articles that get set aside for weeks, months. I know you have other writing projects to work on. It would be even better, though, to walk away from the desk entirely. Julia Cameron advocates taking Artist Dates to refill your creative well. But just take a break.

You: I think you’ve helped me. Thank you.

Me: Oh, no, thank you. I enjoy these little chats we have.

Stuck? It’s OK. Stop thinking about it, take a break, set it aside. It works! @EditorJamieC #ACFWBlogs #writing #writetip Click To Tweet 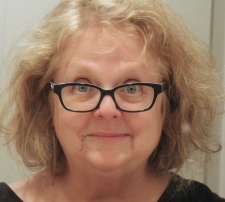 Jamie Chavez worked for more than ten years in the Christian publishing industry and twenty as a professional copywriter before becoming a freelance editor in 2004, working on New York Times Best Sellers, and other award-winners. Jamie counts national publishing houses as clients, authors as friends, and spends her days making good books better.