One of the best things I ever did in my writing life was to join ACFW in February, 2000. DiAnn 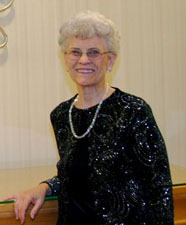 Mills urged me to join a group of writers who had just organized into the ACRW, American Christian Romance Writers. She then put together two conferences held here in Houston in 2000 and 2001. I helped her with both and met Lena Nelson Dooley and Lynn Coleman and Pamela Griffin whose writing I had come to admire and editor Becky Germany who gave me my first fiction writing contract with the novella Sugar and Grits.

DiAnn also formed a critique group we named Seared Hearts. Kathleen Y’Barbo and Myra Johnson were the other two members. We met for lunch every week and discussed our chapters. We managed to critique one chapter from each of us per week. When Myra had to drop out, Janice Thompson joined our group. Janice, Kathleen, and I have remained together all these years. We don’t critique as much, but we’re still good friends. Later Marcia Gruver, Marion Merritt, and Linda Kozar became members for a season.

After those first two local conferences here, ACRW organized a national conference in Kansas City, and I attended with DiAnn, Kathleen, and Janice. There I met a wonderful lady and admired her beautiful smile and fun hats. Her name was Tamela Hancock Murray, and because of that meeting, she later became my agent in 2004 and still is to this day.

Also at the Kansas City Conference I was a Genesis Finalist, one of the first group of contest entries. Since that time I have attended every conference thanks to friends, family, and scholarships. Last year my first full royalty check paid for the trip to Indianapolis. In 2003 I served on the conference committee for our Houston conference, and that was one of the most rewarding experiences I’ve ever had.

Had it not been for all the wonderful authors, agents, and editors I met through ACFW, I would not have learned about the craft of writing and how to make my stories come alive on the page. Each conference helped me to build more confidence in my writing even though I wanted to give up so many times.

Then in 2009 I signed my first contract for a full length novel. A month later it was followed by one for three more to complete the series. All the years of conference classes, Tamela’s perseverance, great critiques by my friends, I was on my way to having books on bookstore shelves.

Although at times heartbreaking, disappointing and frustrating, it’s been a wonderful journey, and I would never have accomplished any of it without the Lord’s grace and mercy. He led me to DiAnn then to ACFW then to Tamela and then to publication. I praise Him because of His great love and faithfulness. Thank you, Lord, and thank you, ACFW for all you’ve meant to me in the past eleven years.

You can learn more about Martha Rogers and her books at her website.