This is the second of my two blog posts I’ll be sharing as part of the ACFW Blog Tour promoting the upcoming national conference in Indianapolis, Indiana, in September this year.

Today, I’m sharing about success stories that have resulted from connections I’ve made at the various conferences over the years. 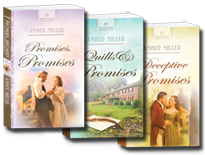 One of the first pieces of advice you’ll hear when you get started in a professional writing career is, “Attend a conference.” This is a common recommendation, and an accurate one. In this industry (like so many others), it’s 50% what you know and 50% who you know. You can’t meet new people if you don’t get out there and attend conferences or events where you can network.

For me, the majority of my success in this business came as a direct result of attending a conference: Not all of those meetings or appointments led to a contract or request, but they were all successful networking connections. Schmoozing is a big part of this business, and getting your name out there is critical. The more people hear about you, the better your chances are to continue getting contracts and making sales.

I have said many times I wouldn’t be where I am in my writing without ACFW. The platform they provide is amazing for writers of all stages and levels.

Thanks, ACFW, for providing the platform where I have been able to make so many great connections and begin what is sure to be a promising writing career.

You can learn more about Amber and her books here.